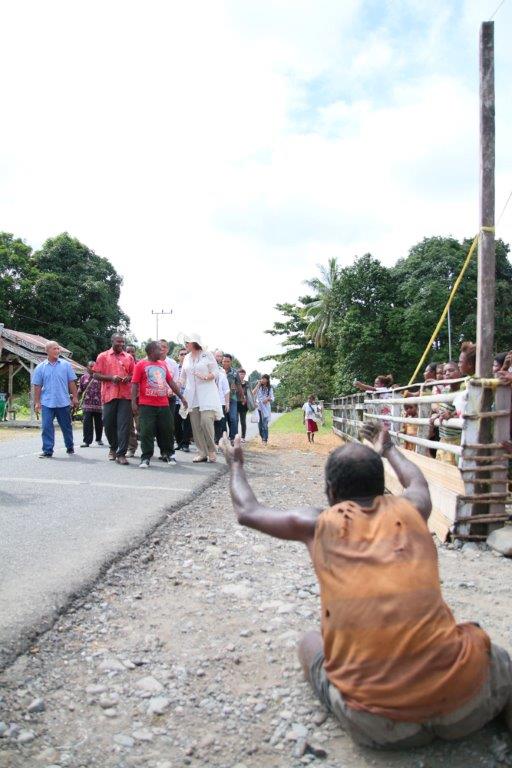 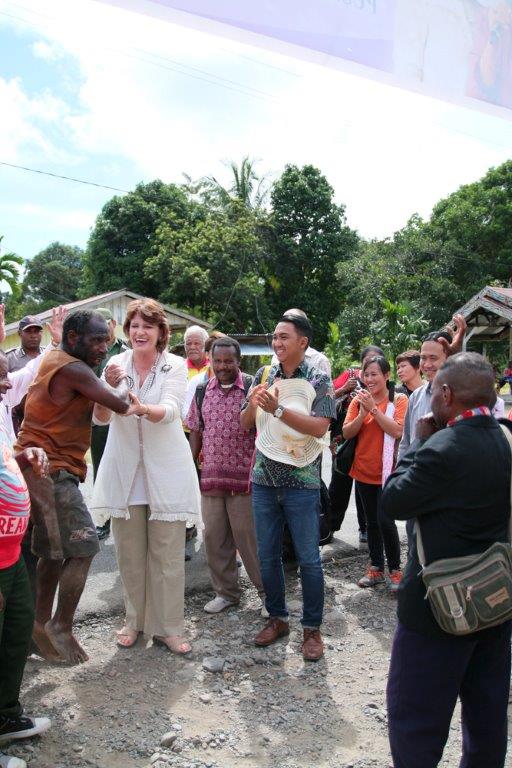 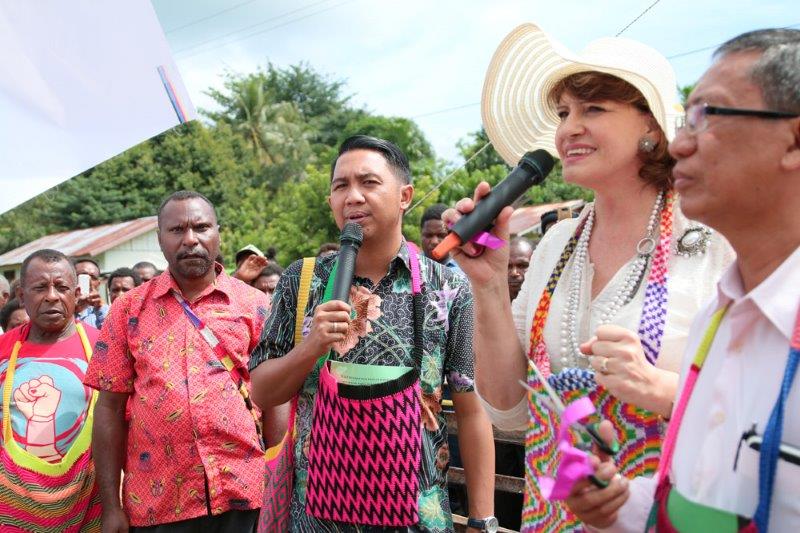 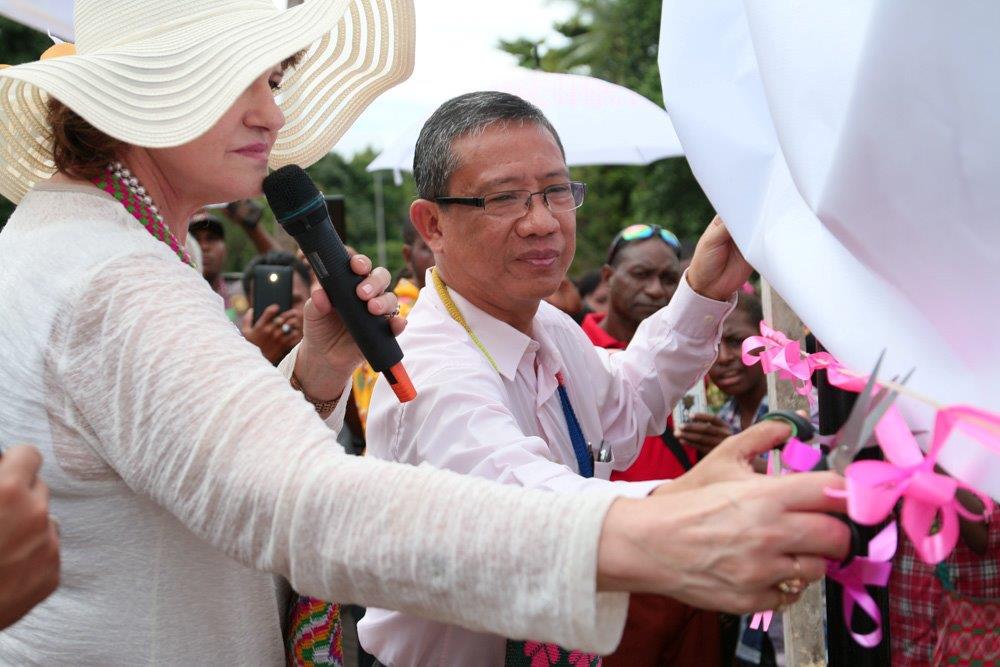 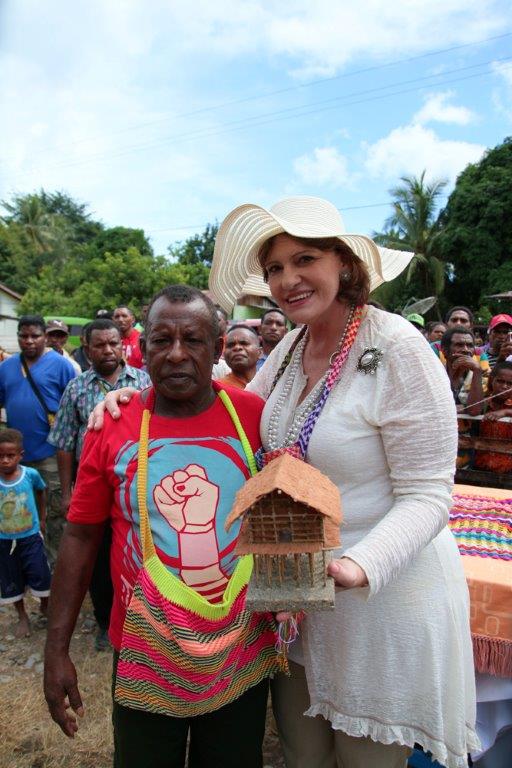 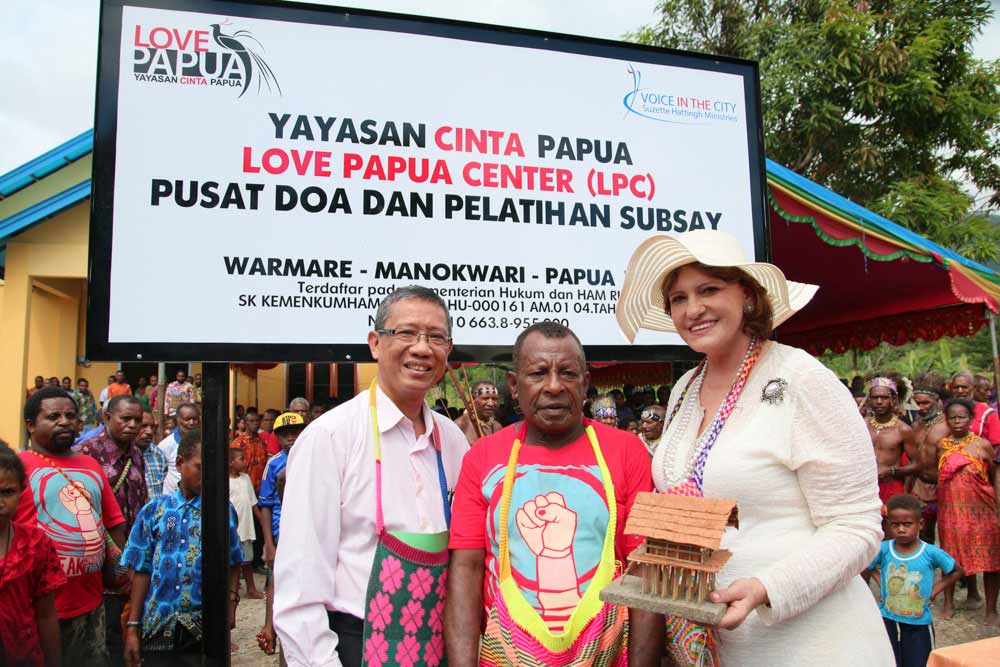 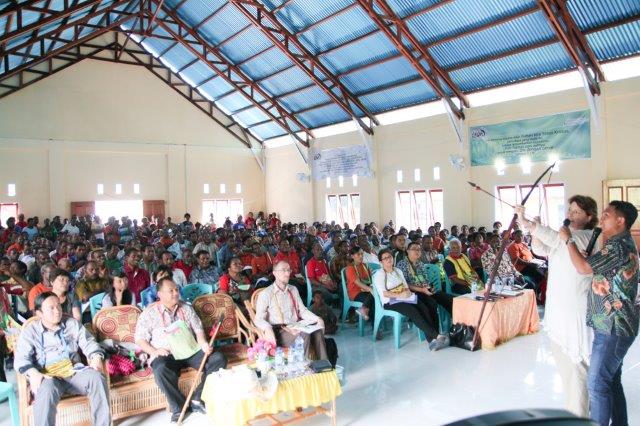 as the Subsay road was known for its murder and corruption. Drivers would have to stop and pay a high fee to those who put the chair there and if not they would either be ambushed and killed or have their cars damaged.

This time the chair was a welcoming sign. No robbers; but people dancing, singing and welcoming their guests. We got out of the car and walked over to where Pak Paulus and the others were waiting for us.

In the gate a man was crawling on the ground, crying out for help. The “drama” was totally initiated by the local people. They compared it to Peter and John at the Gate Beautiful helping the lame man. “We were spiritually lame” they explained, “and you came to help us, took our hand spiritually and brought a new move of God to us”.

At the opening ceremony, Pak Tandi Randa and I cut the rope at the same time; the curtain fell from the official sign of the “Love Papua Centre Subsay”. 800 people clapped and shouted for joy. This is indeed a wonderful day both for them and us. Over 400 people had already been trained within 3 months and now it was officially open.

The Committee proudly presented the program; those who were previously rejected were now about to show just how much they had received and indeed they presented an excellent program.

This was the announcement of the “prayer movement” they had established in the area. 44 churches from 4 different denominations all partaking in the prayer initiative with prayer chains being organised and people being sent to be trained. Truly this is an awakening within the area that we could only dream about.

Not only did they raise the funds for this event all by themselves, they proudly told how wonderfully people had given to make this a success. This was “their building, centre and prayer movement” and they guard it and look after it as it has brought life and change to them. Subsay, an area of robbery has now given for the furthering of the Gospel. The place of fear has now become the place of life; yes, that is the power of the Word of God.

Soon food was served; not in the traditional way as they have learned all about “hospitality”. I looked around me and thanked God, shook hands, laughed and shared… Subsay the place of darkness has seen a great light – the Light of the Gospel.