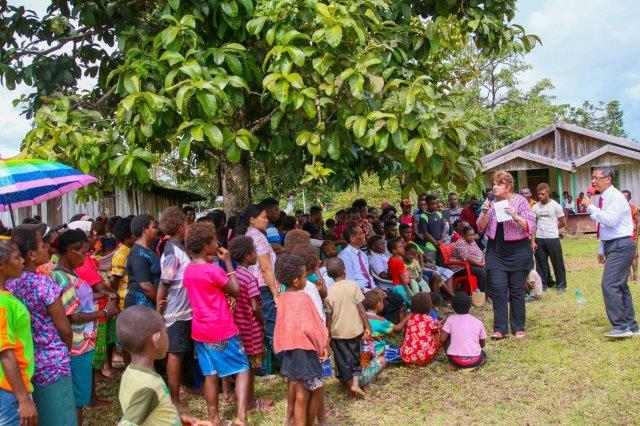 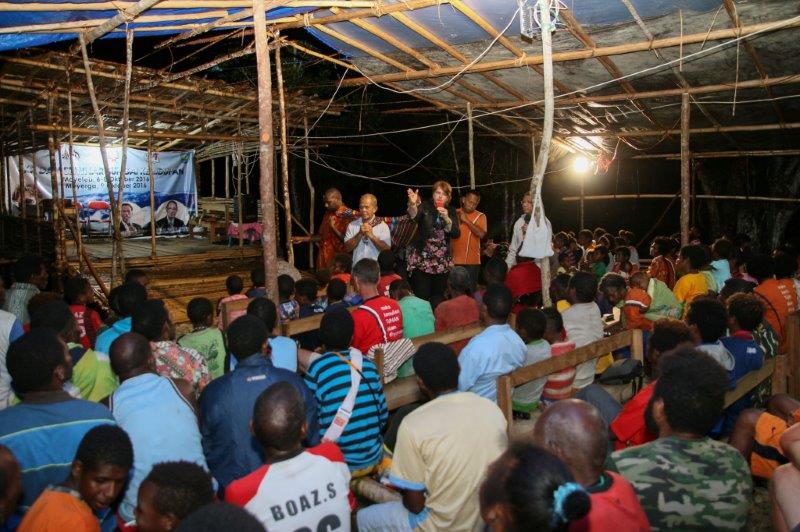 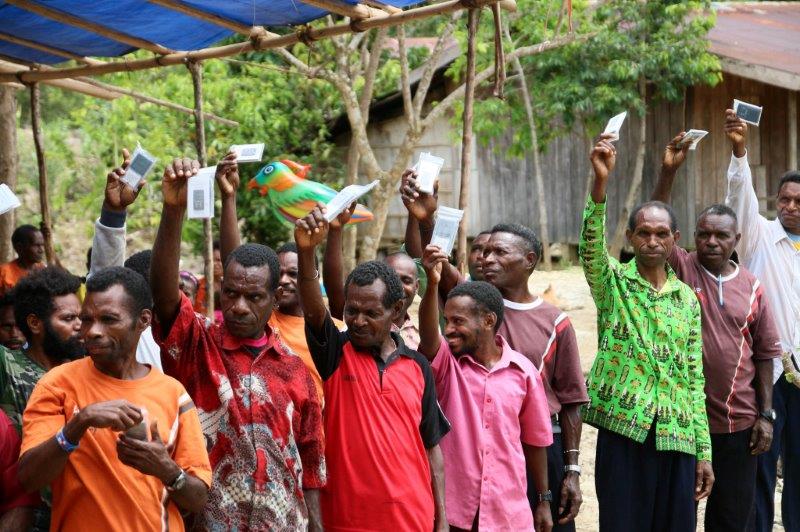 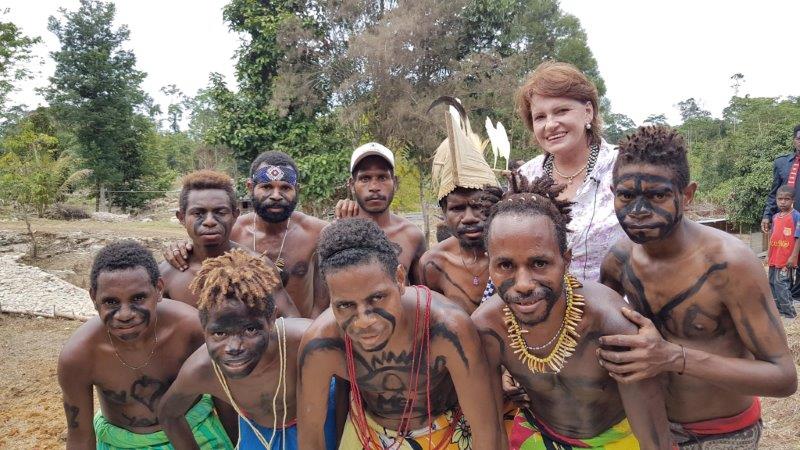 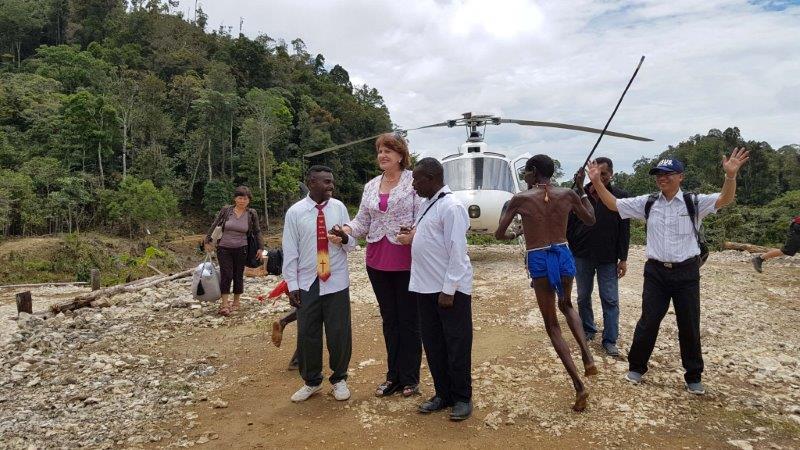 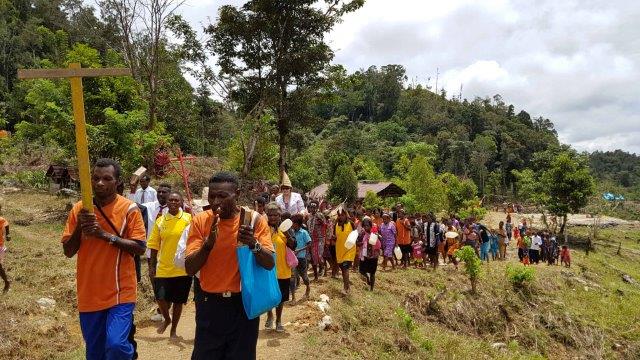 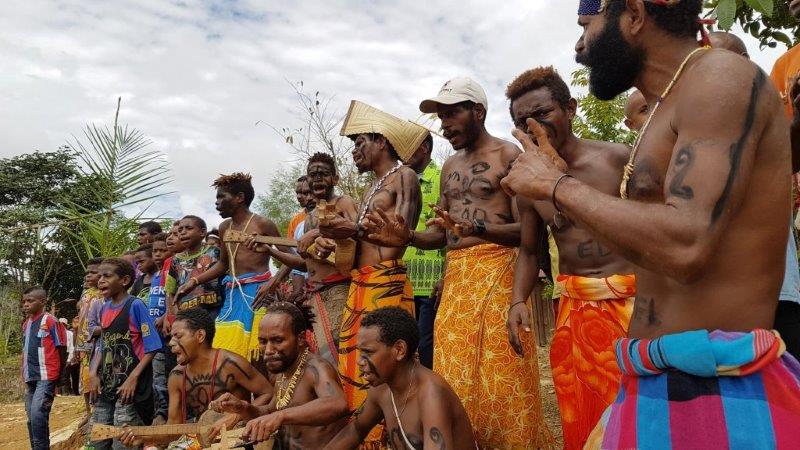 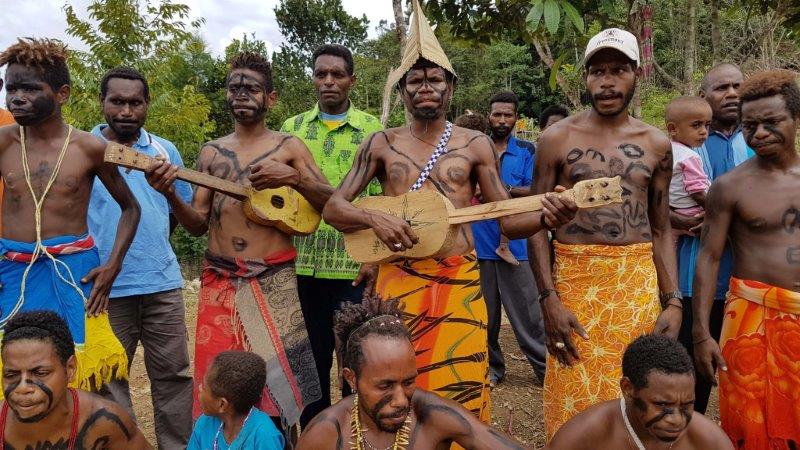 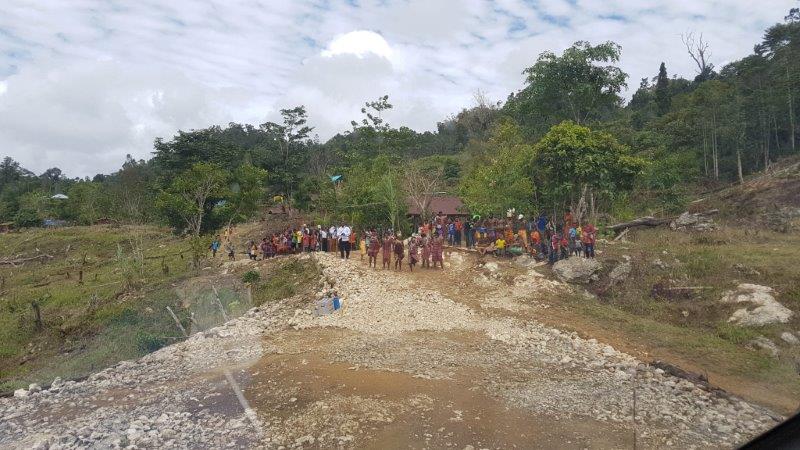 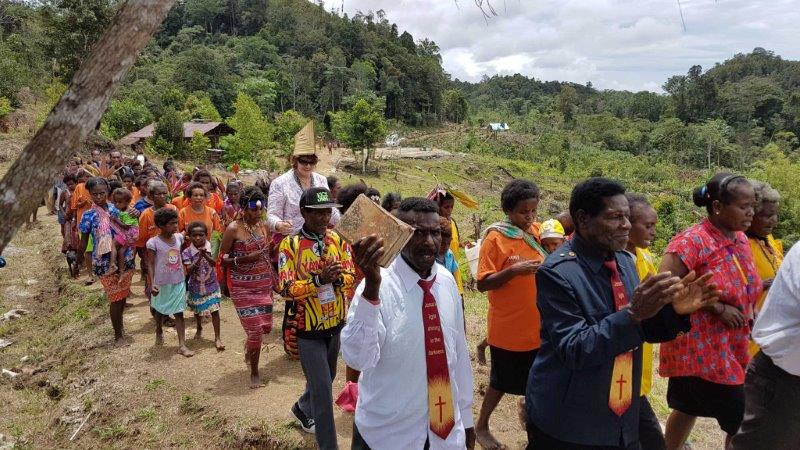 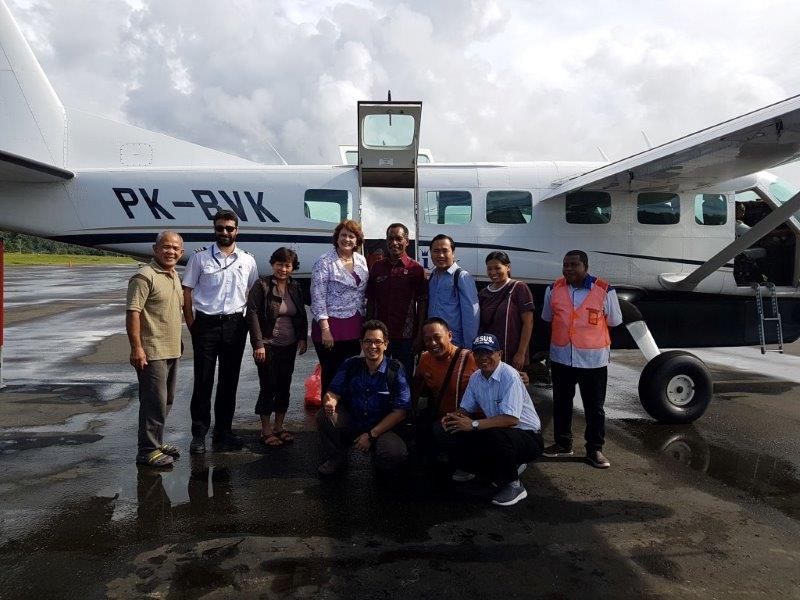 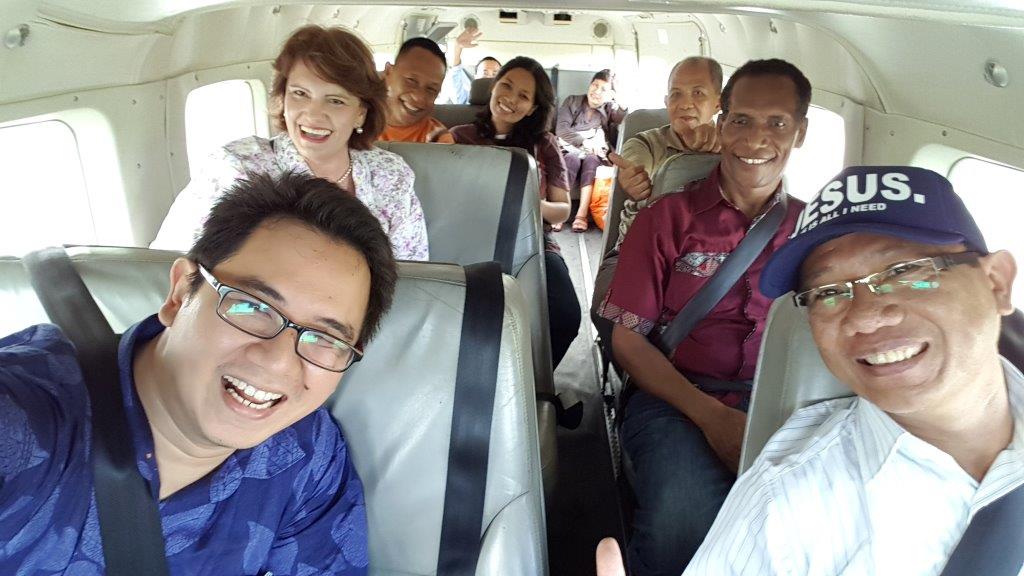 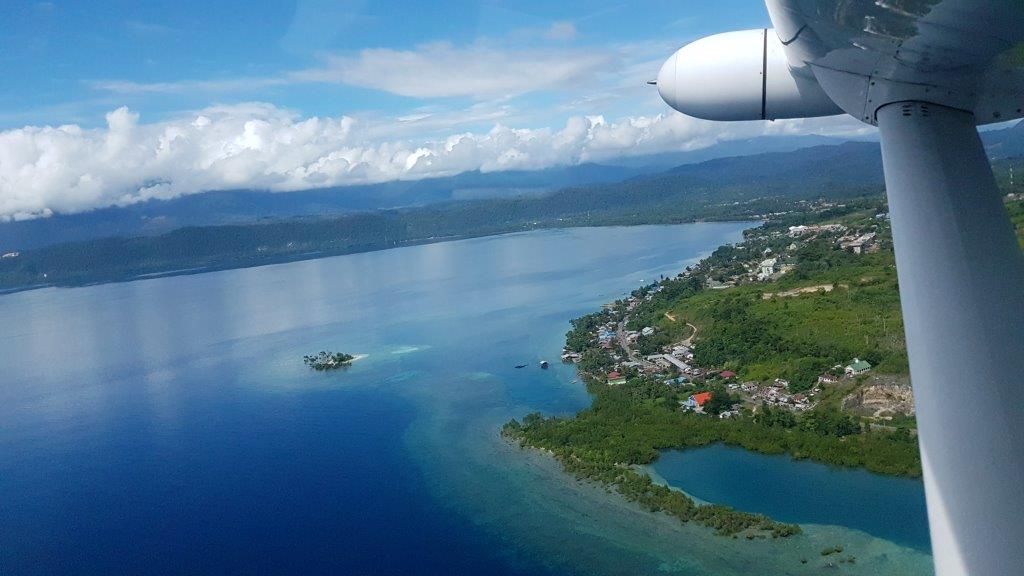 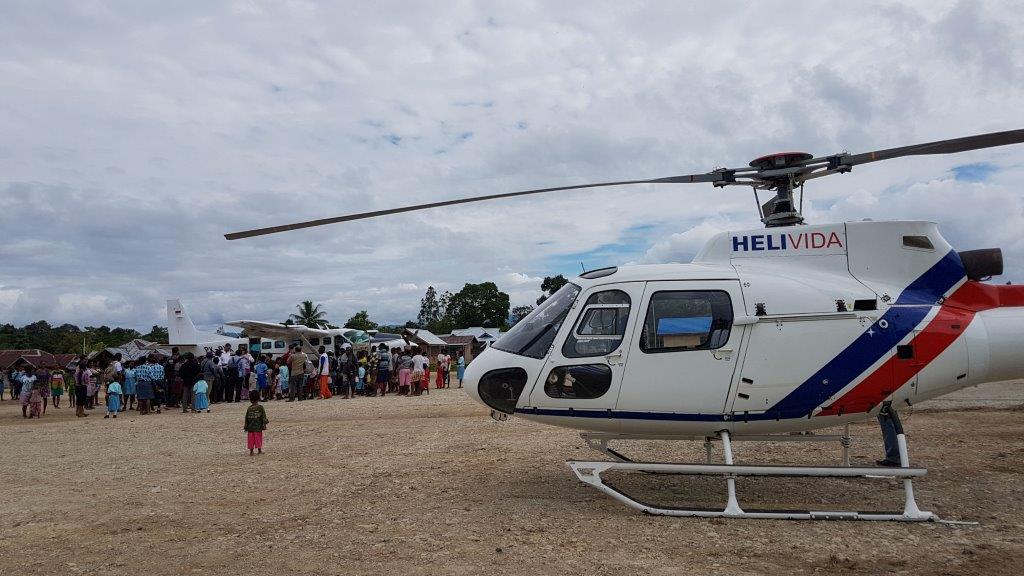 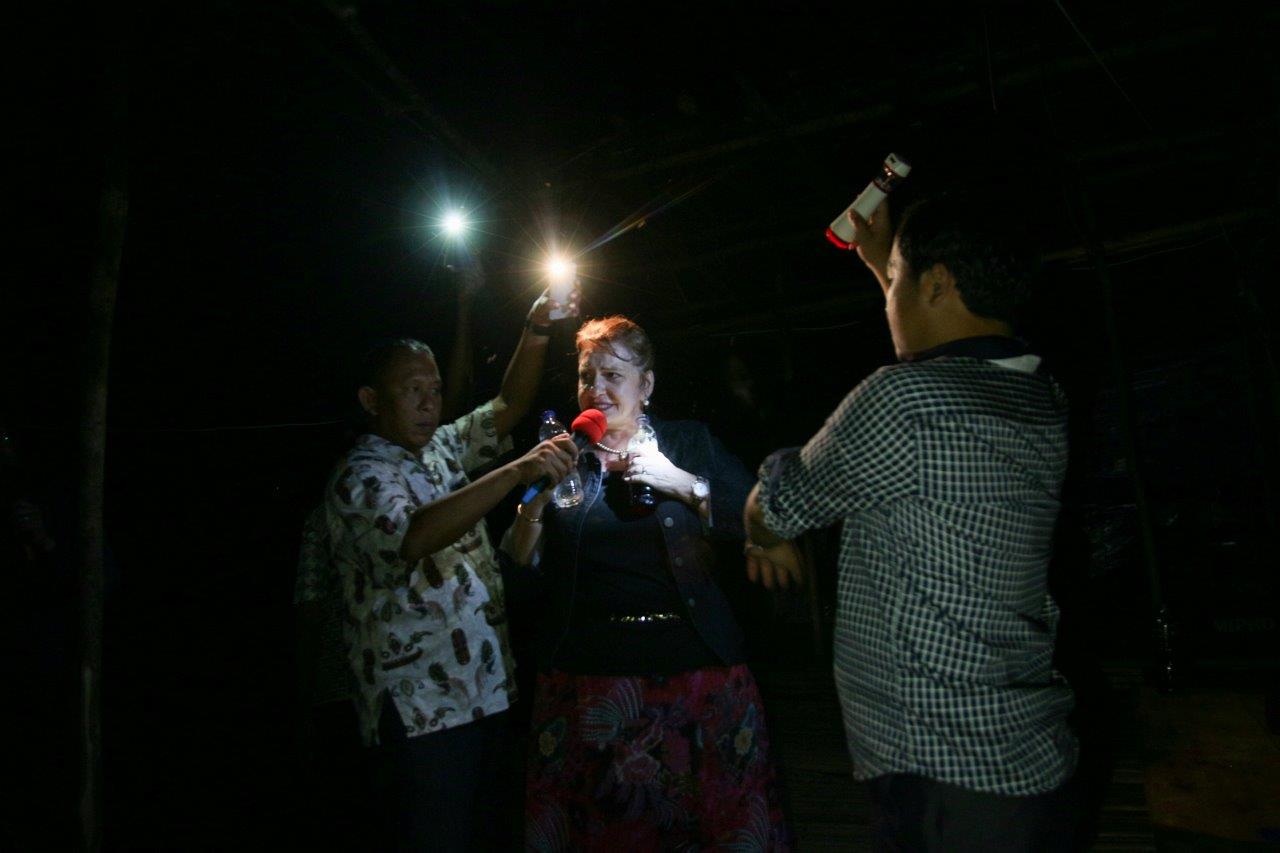 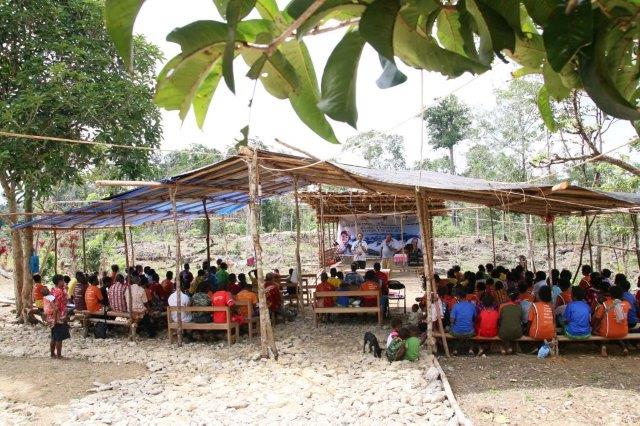 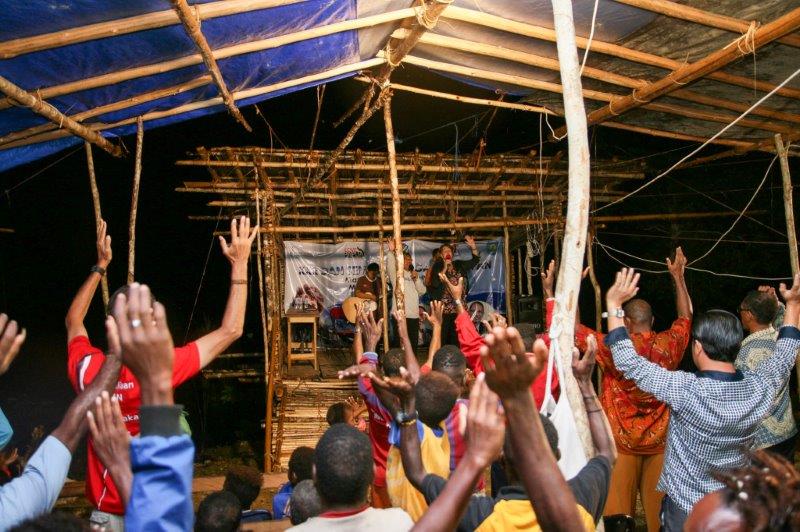 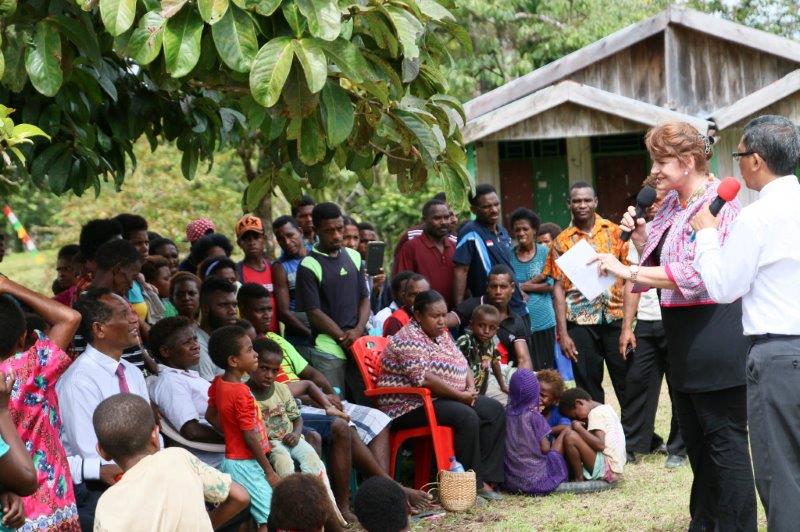 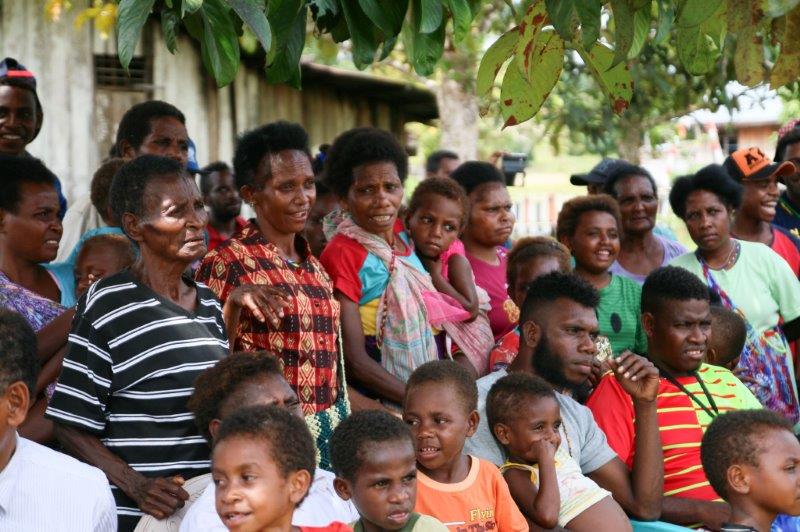 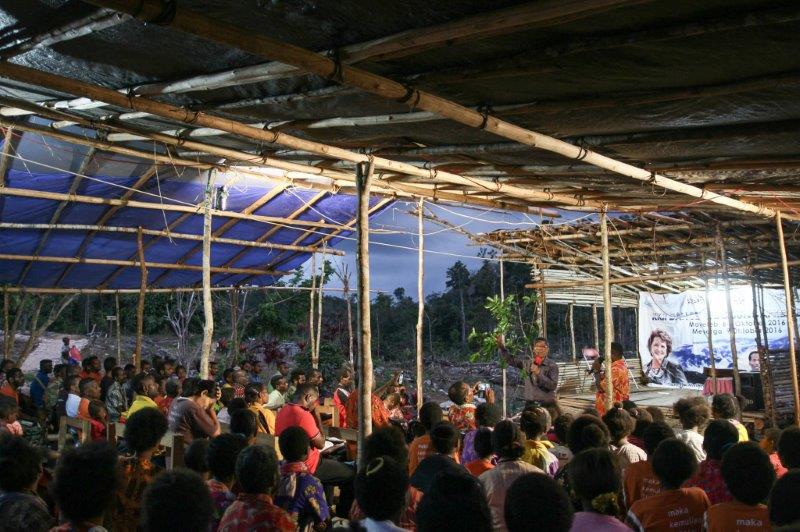 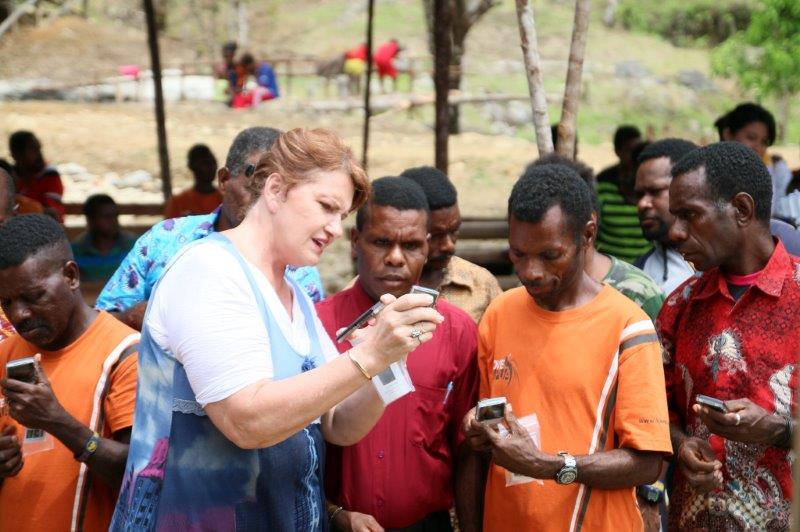 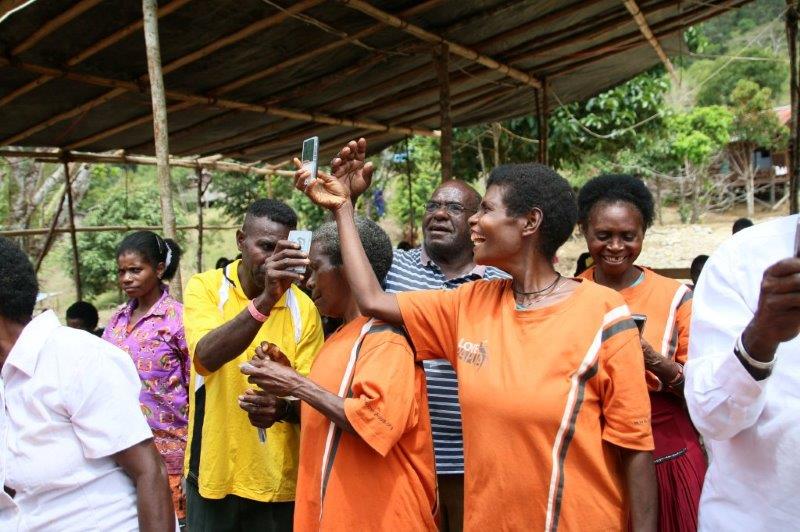 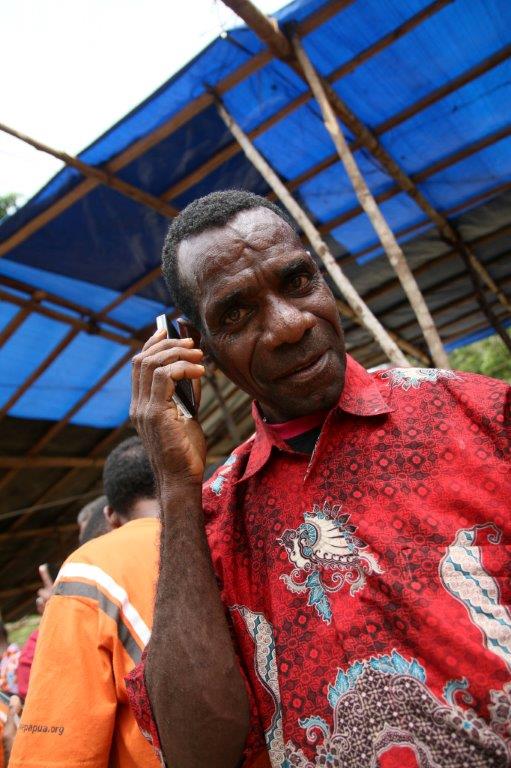 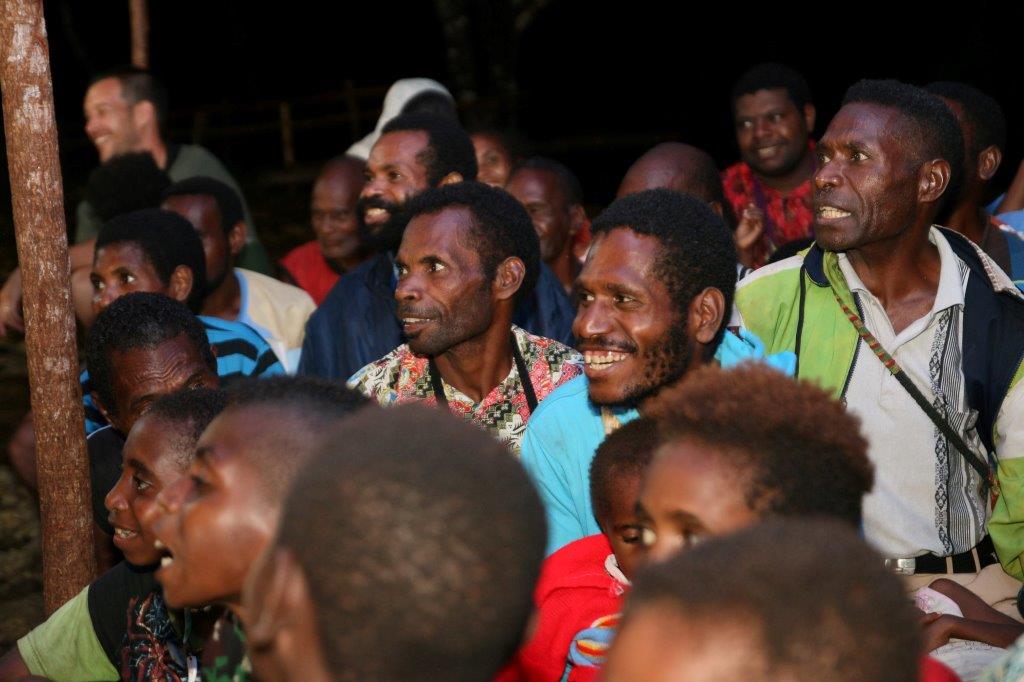 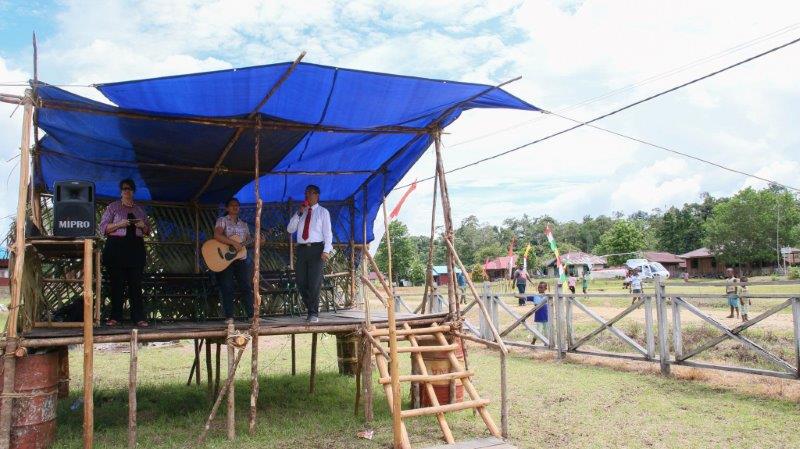 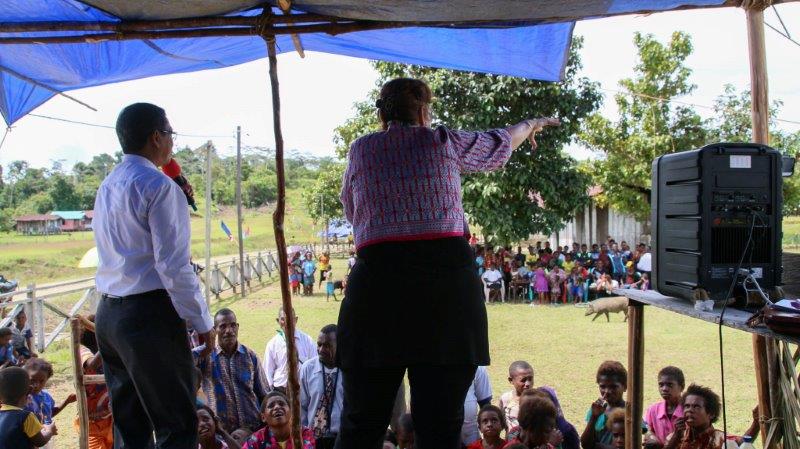 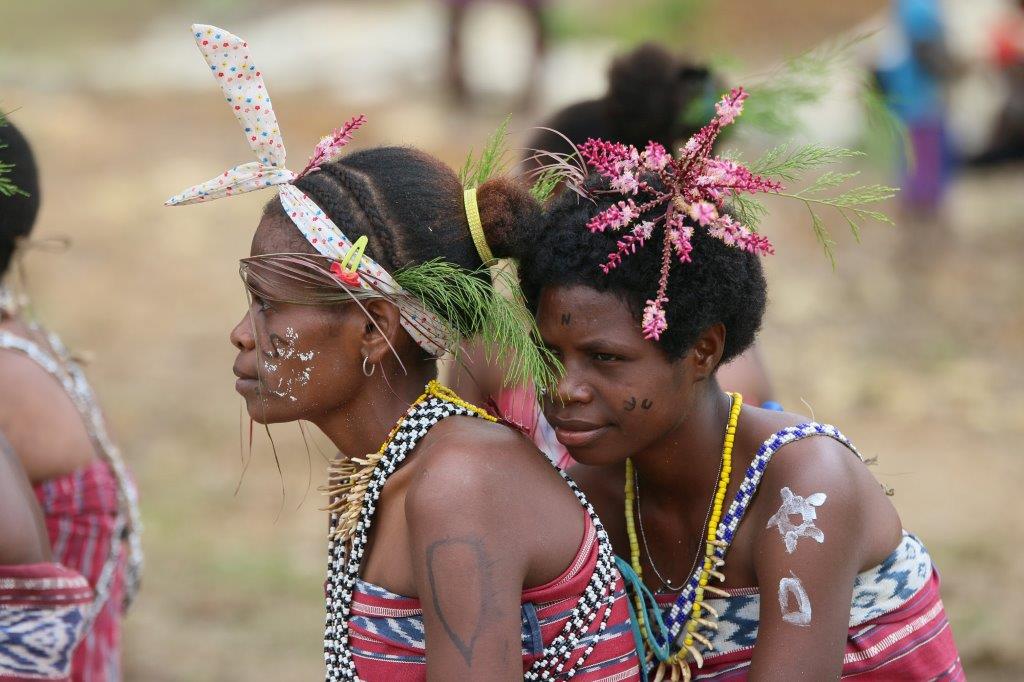 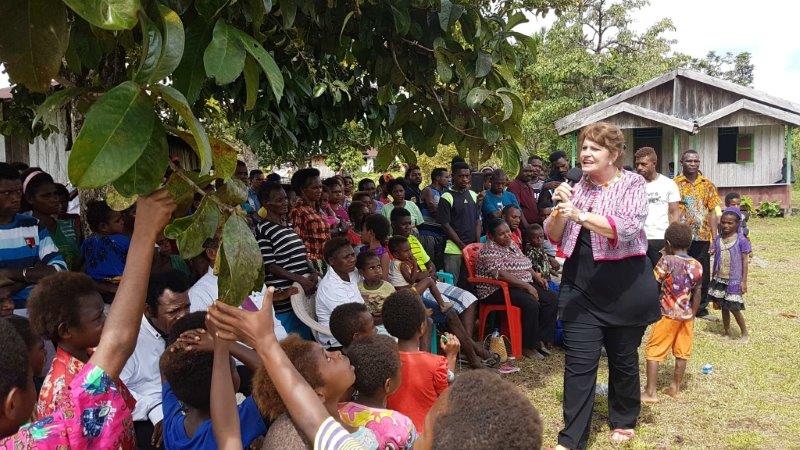 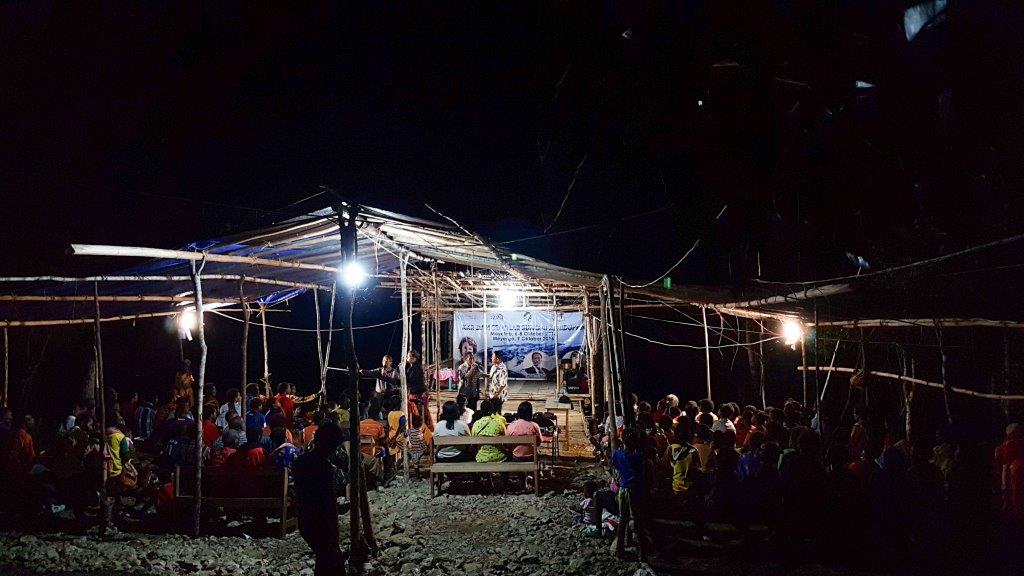 Mayefeb, Moskona is a remote village in Papua, only reachable by helicopter. We landed on a “handmade” helipad! The people had built a helicopter landing place in faith for one year by breaking rocks manually with hammers, trusting that God would help us to find a helicopter to go there.

Mayefeb is also the place where the Gospel was first accepted in Moskona 40 years ago and it is not very developed yet. Back then they were still cannibals, now they are Christians – quite amazing an entire village Christian. Of course the accommodation conditions were very simple: The team, me included, slept on the floor, the shower was “a half open-air arrangement”, not to mention the toilets…

We held meetings in different places in the area. Sometimes while we were ministering the generator failed. When the lights went out, I preached not by candle light but by mobile phone lights. Thank God our sound system is battery-operated so although everything was dark, we were clearly heard. In the light or dark we preach the Gospel of light.

To people that could not read or write we gave a “MegaVoice” a solar charged device with 290 hours of teaching, music and the New Testament read to them in their language! Some people cried when they heard the Word read to them and they understood…

“We prayed for six years for a Christian leader to come – you came”, they said. We flew in for only one day, did a seminar, dedicated the pastors and leaders, had lunch (pork of course, this is Papua), had a full blast outreach and prayed for the sick! The stage simply consisted of four drums and some planks, our battery-operated sound system was in action and the Gospel was being preached! We had to keep one eye on the weather and one eye on the meeting! Papua is famous for afternoon storms, which should not be taken lightly when you fly a helicopter. Whilst we were in Meyerga, the rest of the team had a meeting in Mayefeb. The highest level of productivity, the five-fold ministry in action, heaven rejoiced and so did we: souls saved, the sick healed, God’s people encouraged, His Kingdom built.