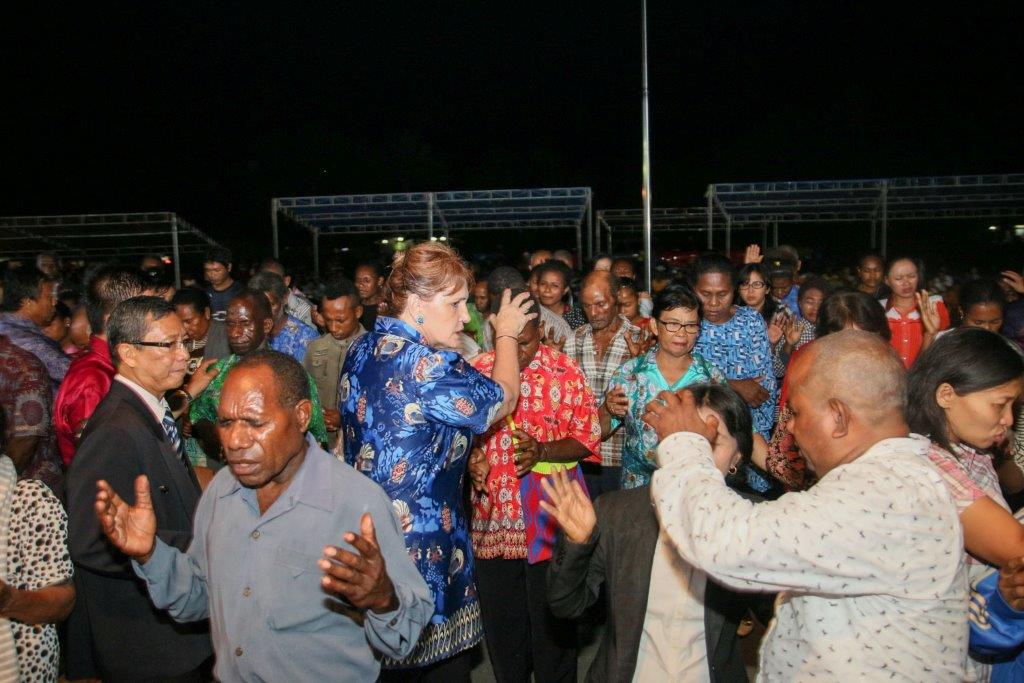 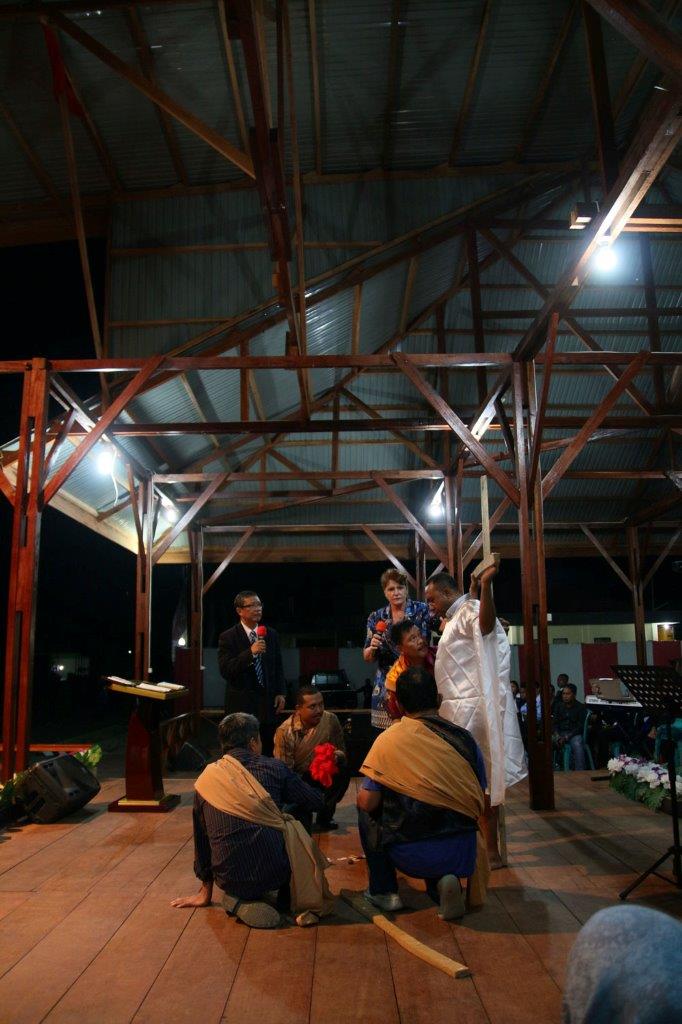 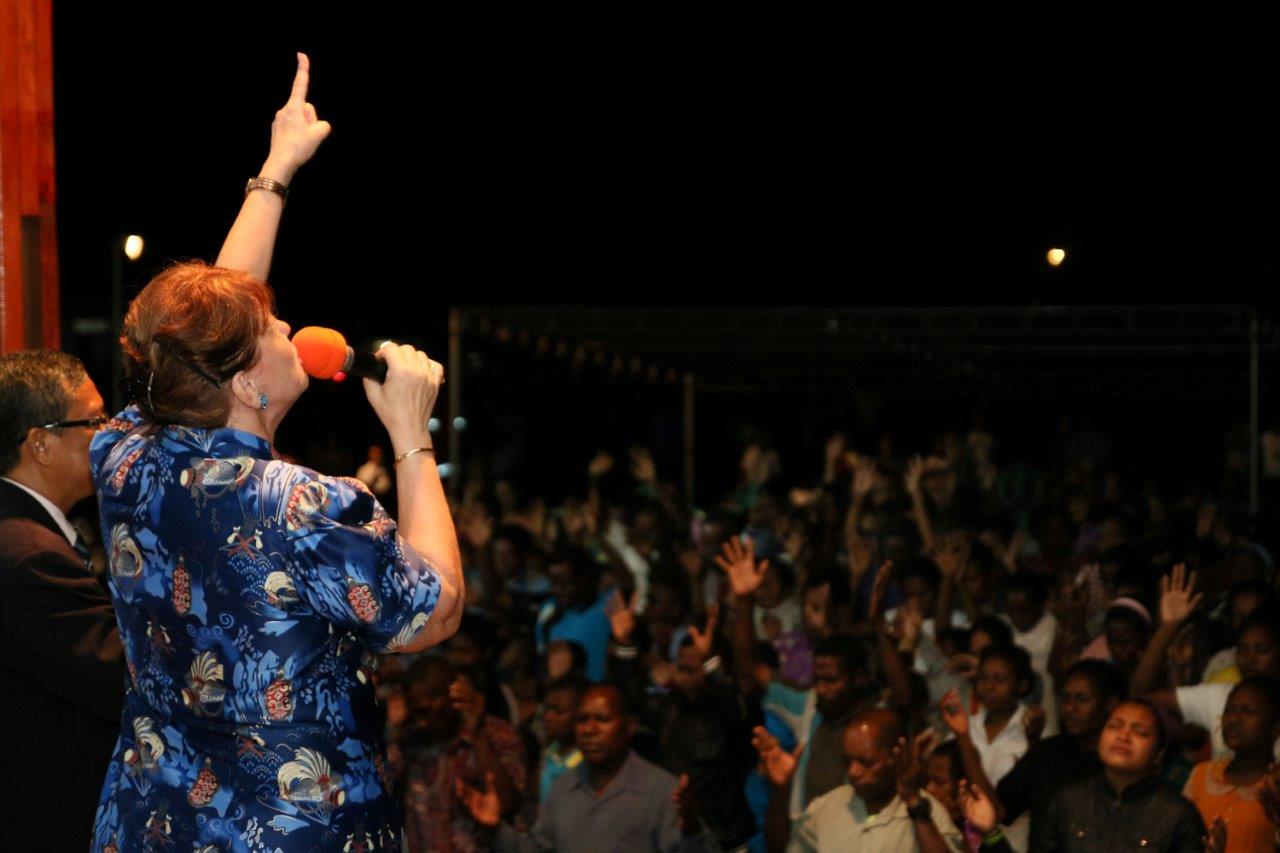 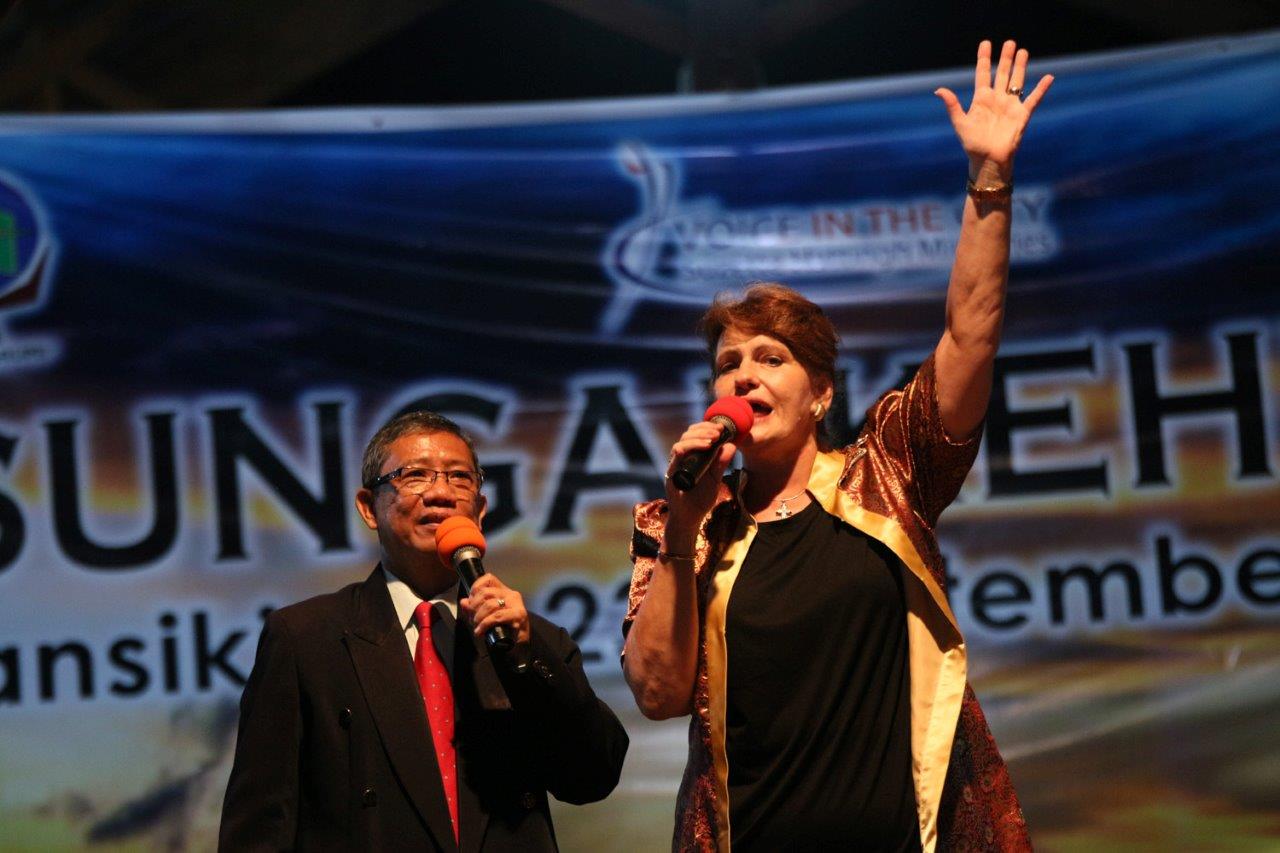 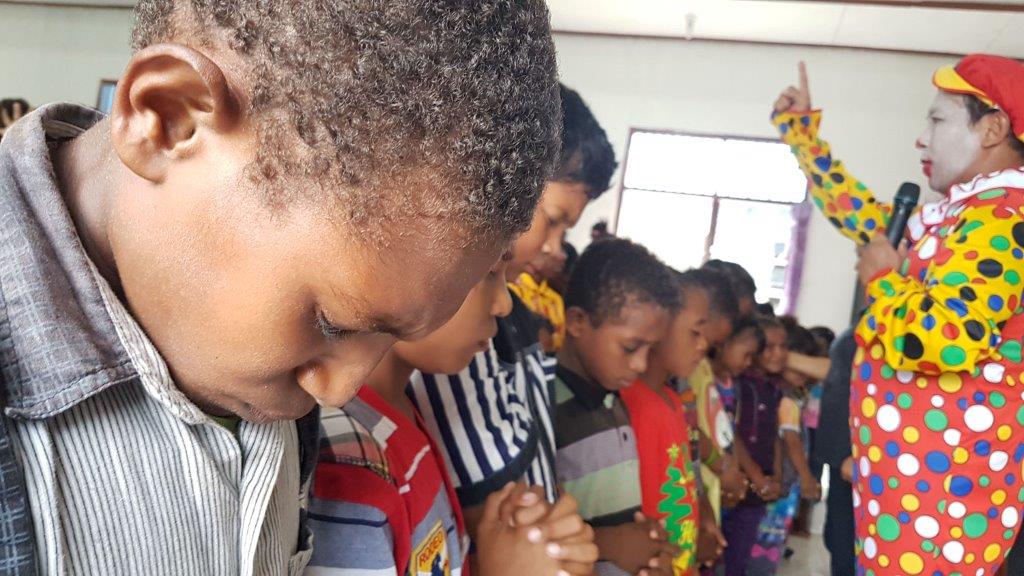 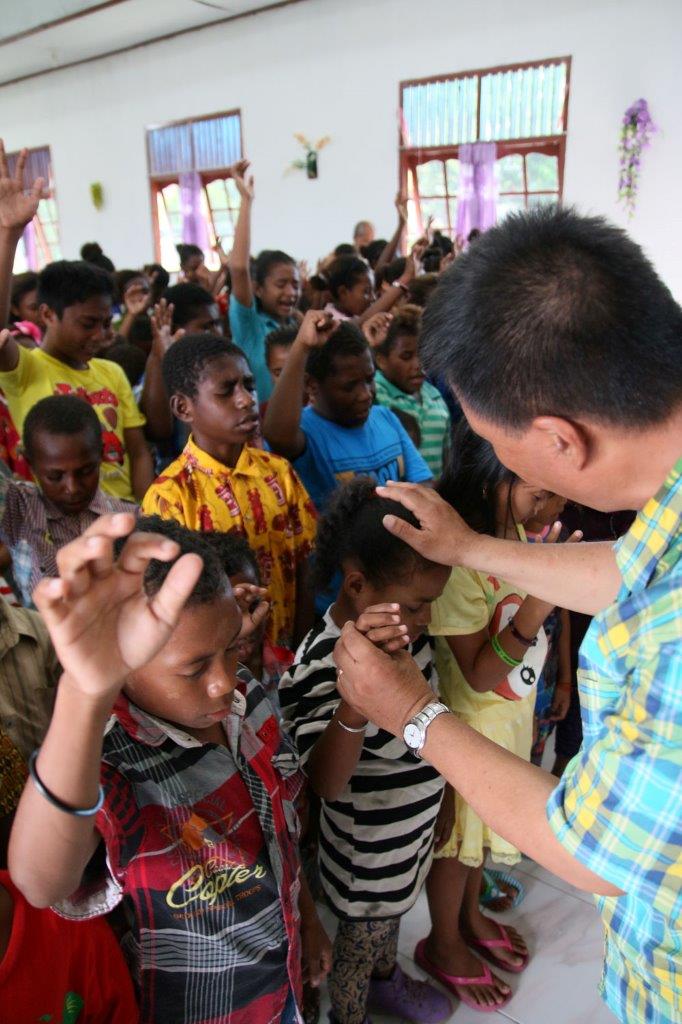 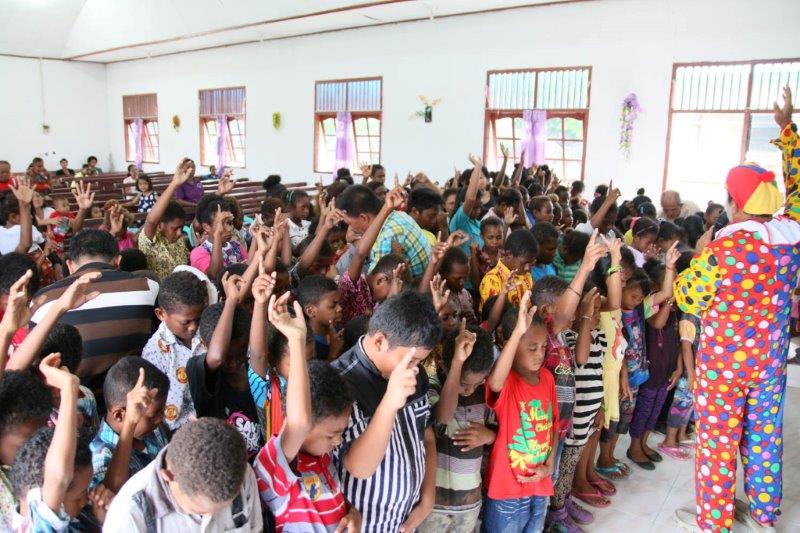 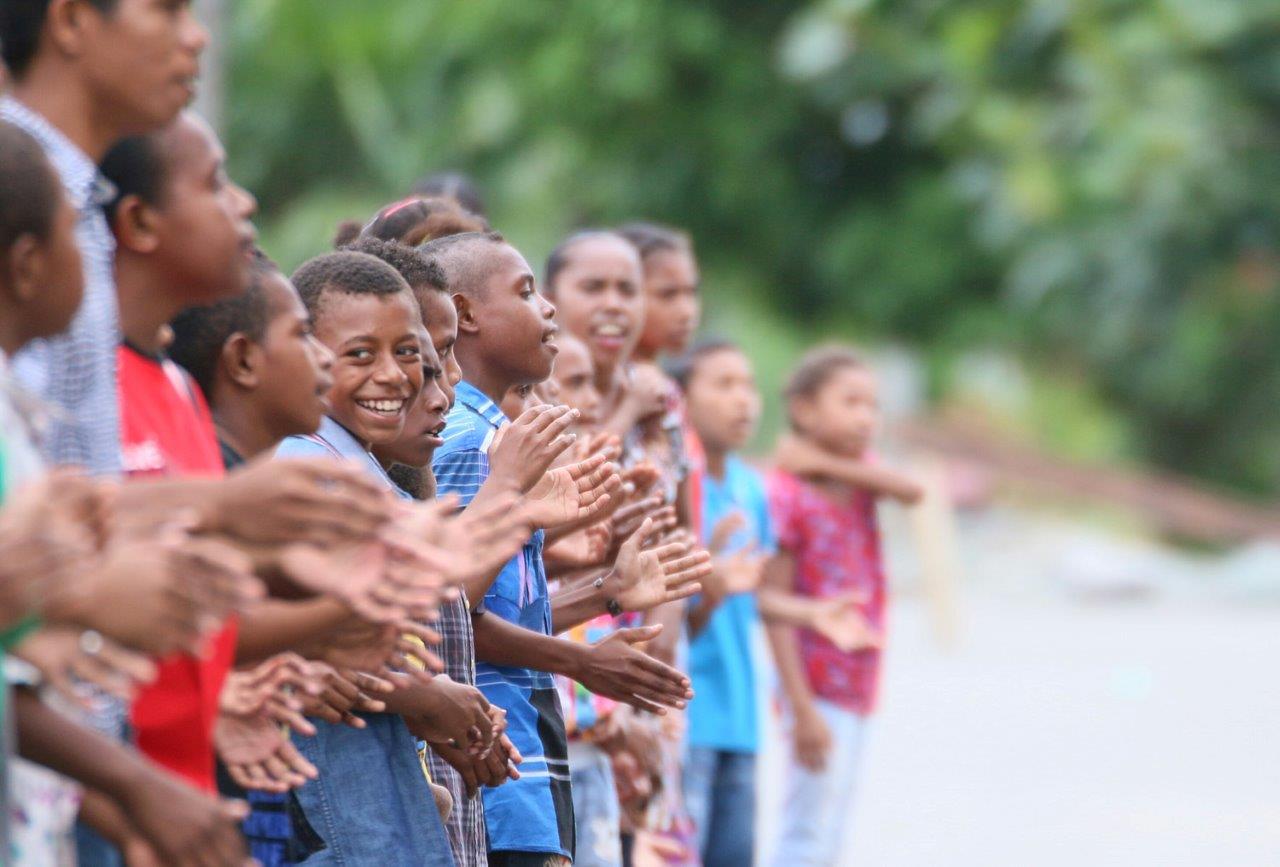 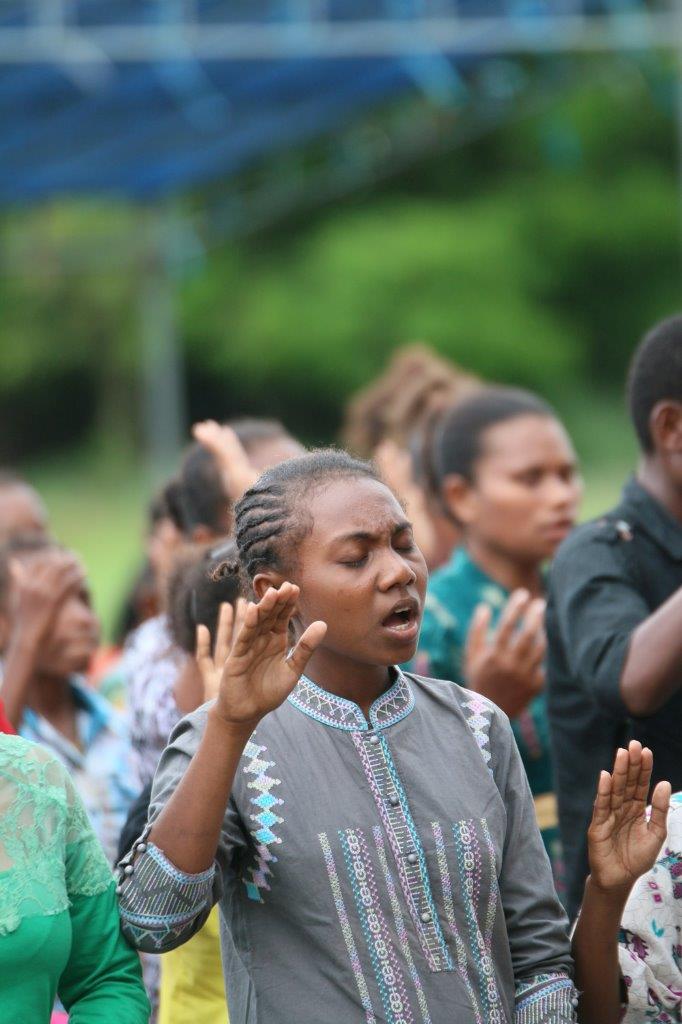 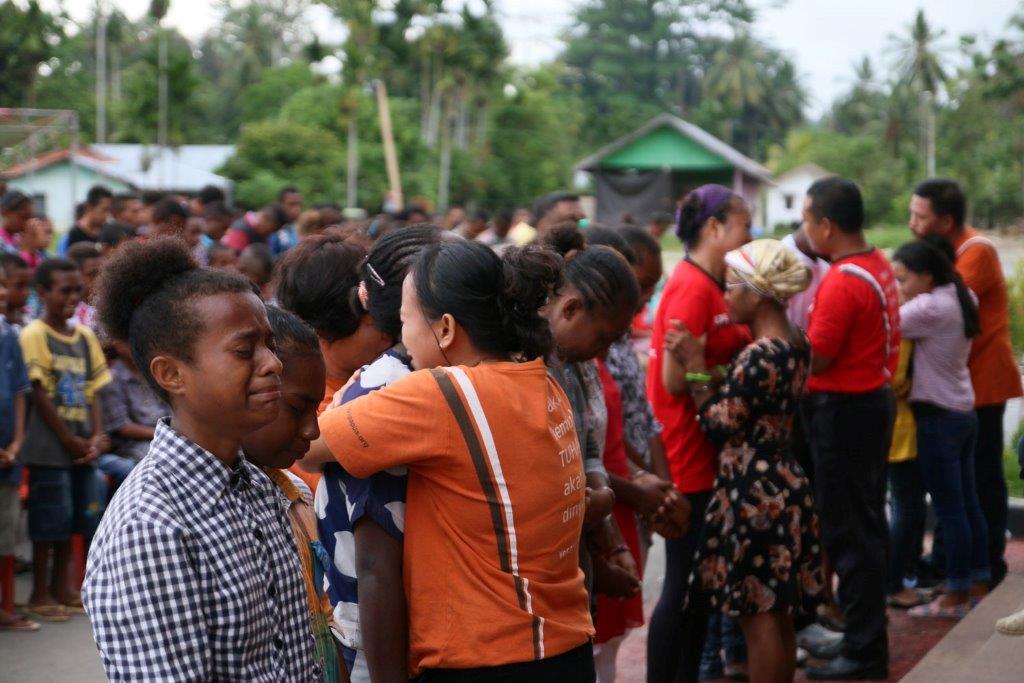 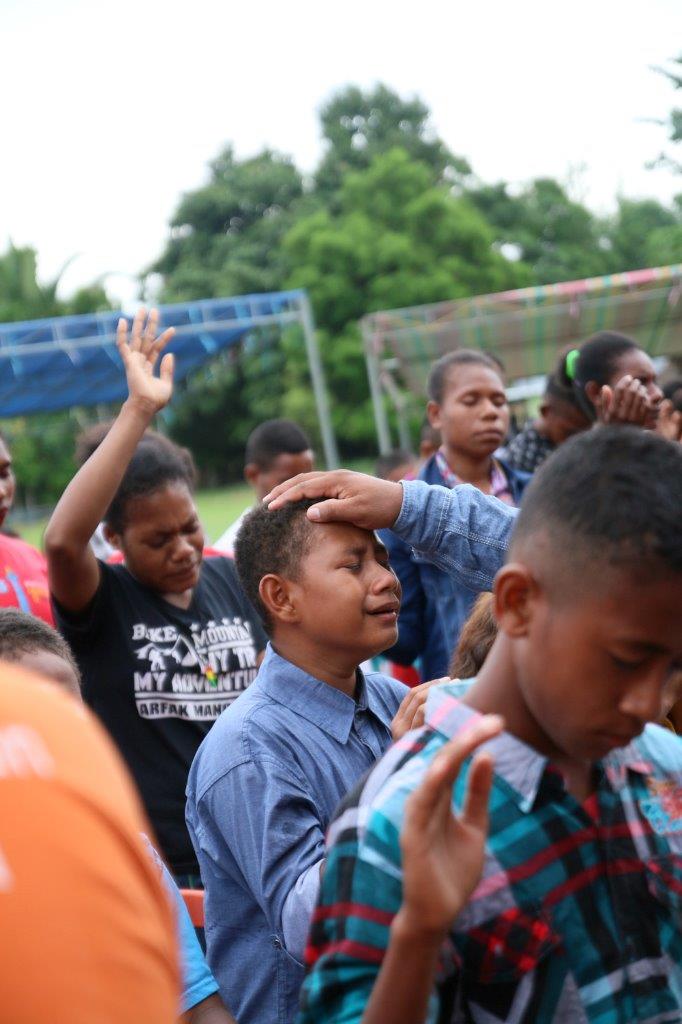 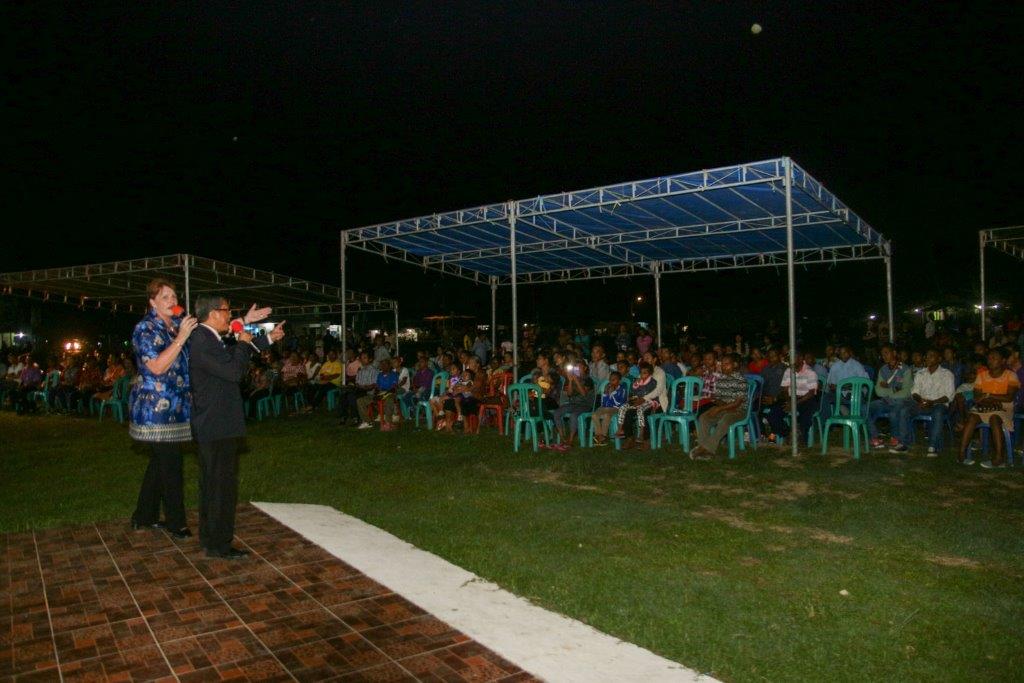 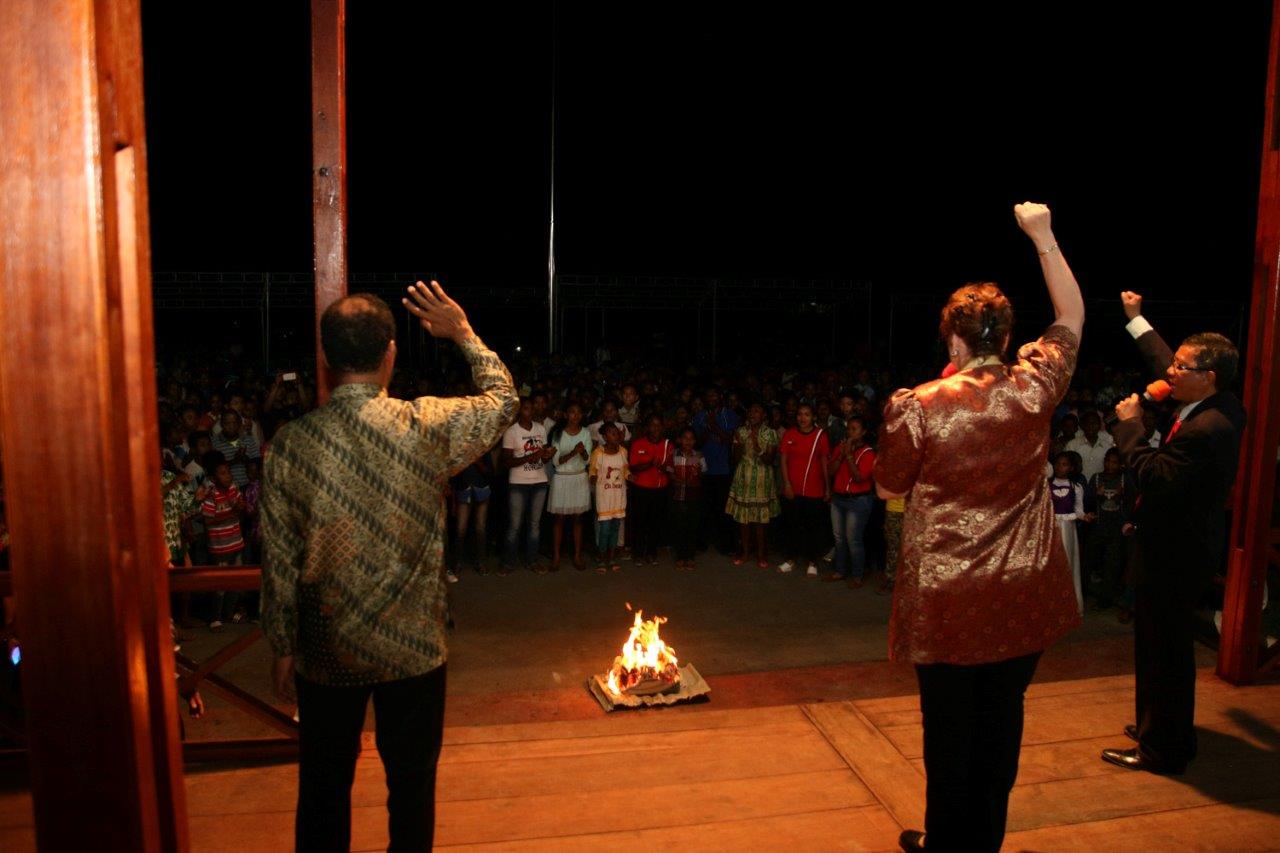 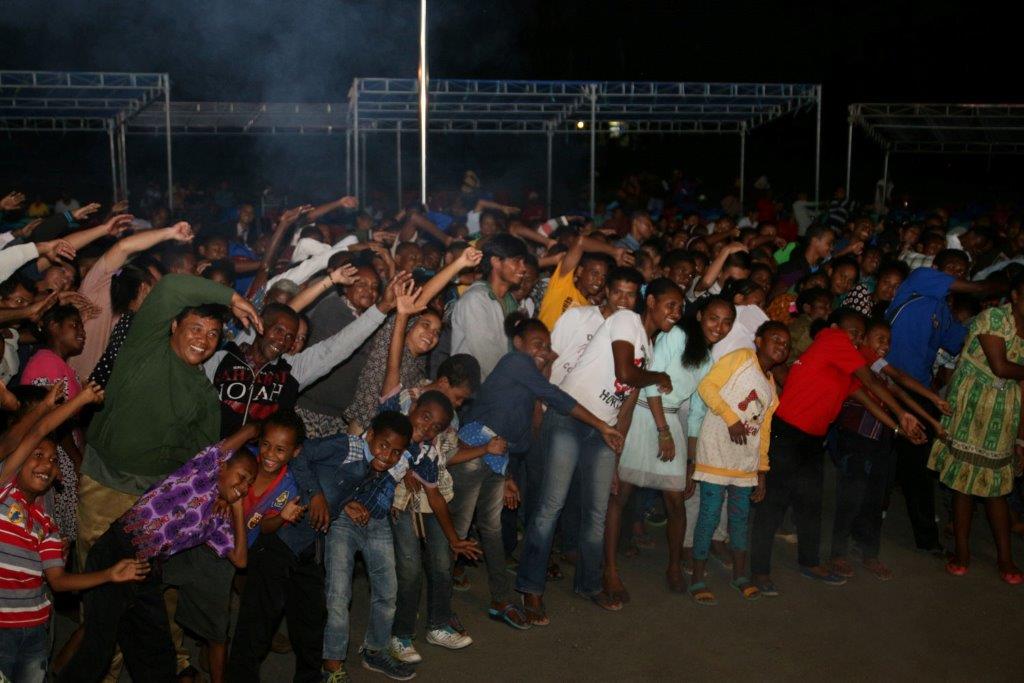 Ransiki, Papua
God showed us that Ransiki has a ‘past’ and that we needed to go and deal with issues that could still cause great concern and bloodguilt. So we went and brought our concerns to the committee that was arranging the evangelistic outreach within the city. We soon also heard that it was a centre for witchcraft and a training area for witchdoctors.

Once the elders and leaders of the area had come together, we soon heard the facts about why there was bloodshed. Even a missionary had previously been killed. True repentance and forgiveness were spoken out and we were ready for the upcoming outreach and the impact we expected!

Evening evangelistic outreaches
From far and wide, the people were brought in by specially arranged transport and the outreach began! The committee said, “We originally planned for only one day but it turned into three days. Never before have we seen so many people at an outreach, so many healings taking place and so many people impacted.”

Preaching the Word of God with clarity has always been my goal. But I have quickly learned that the best way to preach the message is with a drama. The truth of the Gospel preached and explained with drama and illustrations soon gripped the people as they poured forward to rededicate their lives to the only One that can save their souls. There was a deep sense of the holy presence of God.

Witchdoctor burned his specially prepared medicine
One afternoon, a well-known witchdoctor wanted to talk to us. Our team ministered to him and after salvation, he took our team to the place where he kept his special witchcraft medicine. They took it, and to the amazement of the people, we burned it at the outreach. Never before has Ransiki witnessed such a thing!

Children’s outreach
The joyful laughter of the children filled the air as the clown danced, told them stories and brought the wonderful truth of salvation to them at their level of understanding. Many of the children just cried as they opened their hearts to the wonder of Jesus Christ and His saving power.

Special youth revival meeting
I could hardly believe what my eyes witnessed as little children fell into a demonic trance. Others fell under the power of God, tears running down their cheeks. I can hardly remember when I last saw such an impact on young people! Some knelt on the ground; others ran forward as the altar call came for those who had been thinking of committing suicide or were affected by sexual sin or rejection; others wanted to rededicate their lives again out of a deep need to belong and to be loved.

I stood in awe at the power of God at work, who healed, set free and changed people right in front of our eyes.

Four days of weeping, fasting, praying, preaching, and healing of spirit, soul and body. Indeed four days of impact. Ransiki will never be the same again.