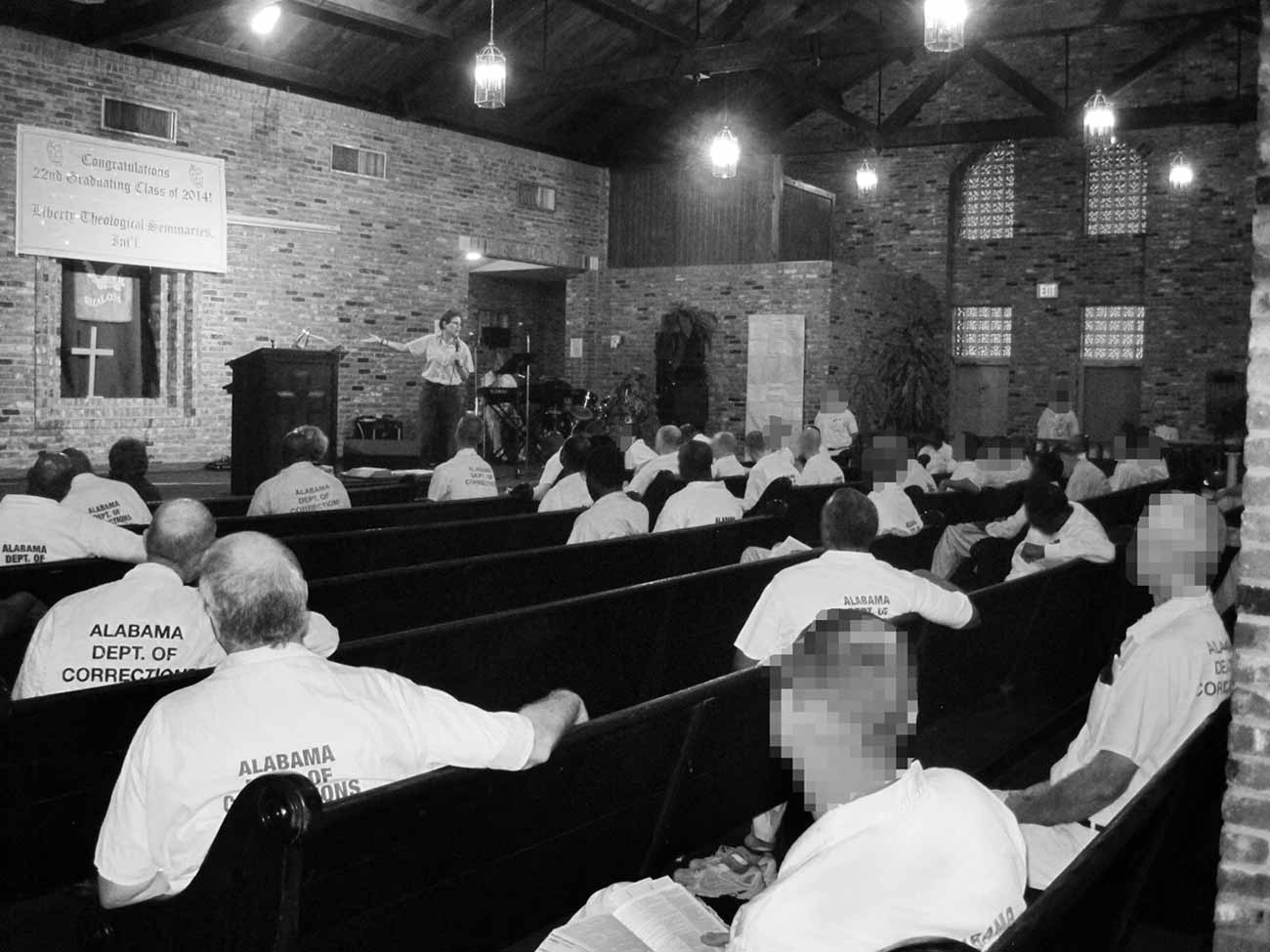 160 new brothers in Christ, who experienced the presence of God and turned from darkness to light, from rejection to welcome, are welcomed into the family of God, washed clean by the powerful blood of Jesus.

This evangelistic outreach is followed by a sponsored discipleship and Bible course that is available to these men in prison.

“Our time of ministry in the maximum security prisons in Alabama was drawing to a close and I looked at the faces of the 160 men who will begin a new discipleship program in the prison along with the 40 who have given their lives to Jesus again. They will start with the basics of faith, a donated Bible course that they can finish with a PhD in theology. The course will take place under the watchful eyes of Steve and Esther Walker, who love and disciple these men in a wonderful way, including the many challenges they face.

The last day before we left we had lunch with a man who had been in prison for 23 years and who, when we were there ten years ago, had given his life to Jesus. Today he has been free again for a year and walks with the Lord.

I served and saw how the Gospel softened the hearts of these men as they realized that they can be forgiven – but only through the blood of Jesus! On Saturday morning we celebrated Holy Communion with them and what touched me very deeply was the presence of the Lord. Many of these men no longer have a family; either because they murdered them, or because the family no longer wants anything to do with them. In prison they are alone… all alone with their regrets, their rejection and their pain. When we took Communion, I spoke about the blood of Jesus, I made another altar call, and then I said the simple words: “Welcome to the family! Wow, I could see how this touched a lot of these tough guys. They let tears flow and assumed they were one of them… They are part of God’s great family!

On Sunday I ministered in a church where there are also men who are now free again and gave their lives to God while they were in prison. What a privilege and honour to be able to do all this. We will see the fruit of our work now and in the years to come.

Thank you for standing with us!”

“A maximum security prison is a place where you can reach out and touch the darkness, heavy iron bars, highly armed guards, cameras and then the prisoners, up to 200 per dormitory. But then the unexpected for me, in the middle of this broken world there is a place of hope… a chapel, also behind iron gates and high voltage barbed wire – but a place of peace.

In this chapel we gathered for the next five days with men who were hungry for God, and also with those who wanted to escape the confinement of everyday life in their dormitories. All had sinned, but there was a difference. A part of the men had met God in this prison and they now worshipped Him together with us. A worship team of former murderers… now sons of God, washed clean by the blood of Jesus, a new creation. In their faces shone the glory of God as they worshipped Him. Washed clean, in a prison, yes, but in their hearts delivered!

This had a profound effect on the men who only wanted to get out of their dormitories. They too, hearing the Word of God preached by Gayle, felt the presence of God and returned from their darkness by being washed clean by Jesus and giving their lives to Him. With tears of repentance, they prayed to Jesus and received forgiveness.

There were now 160 new brothers in God’s family. What can erase all guilt? Nothing – except the blood of Jesus! Glory be to him!!”

“It was a strange feeling when the guarded iron bars closed behind us and we walked along the long corridor of the high-security prison towards the chapel area – past dormitories, prisoners and security personnel at regular intervals. Many eyes stared at us; some of them visibly empty and full of hopelessness. I knew immediately why we were there: To bring to these people Jesus Christ, the light of the world. People who had been abandoned by many and who, sadly, had often given up on themselves.

But our God is faithful and moved very strongly among them during the praise and Gayle’s teaching. The Holy Spirit served them and touched their hearts. Although I knew that many of them had murdered in the past and despite all the security measures taken, I was not afraid of them, because I only saw them as men who needed to know that God loves them and who needed to be restored into a relationship with their Heavenly Father.

I was amazed how hungry for God some of them were, how ready to repent and even how full of love and zeal for our Savior. It is true, the darker the place, the brighter the light of our Lord shines. I’m thankful for people like Steve and Esther Walker who faithfully serve God in a place like this every day.”