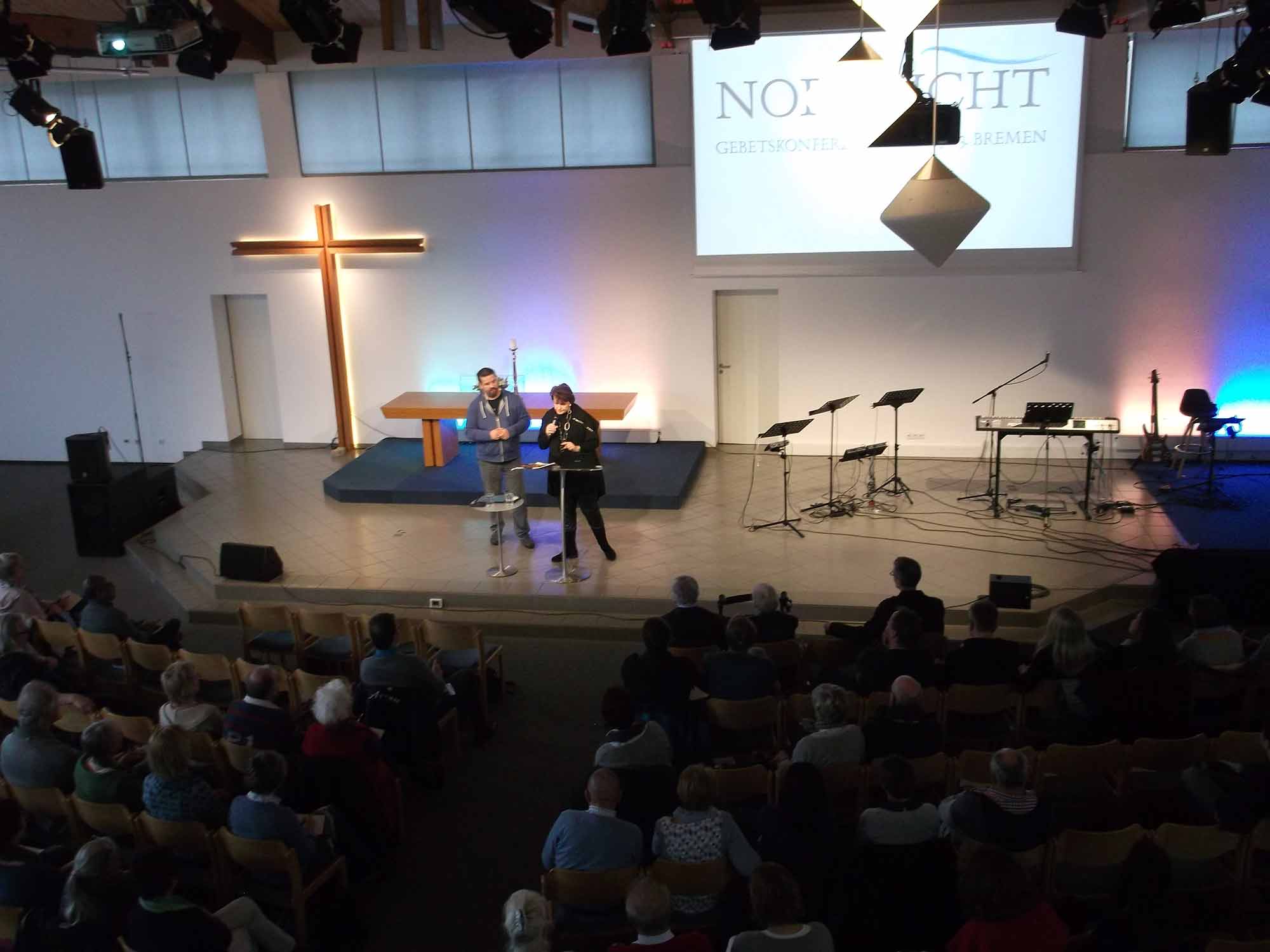 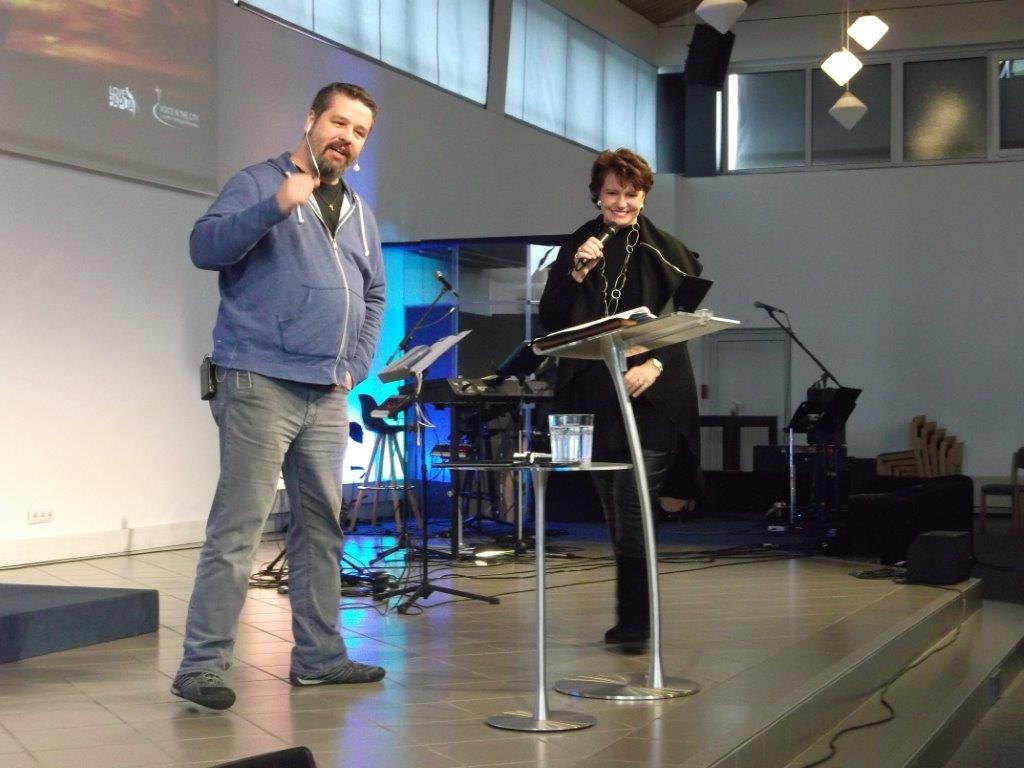 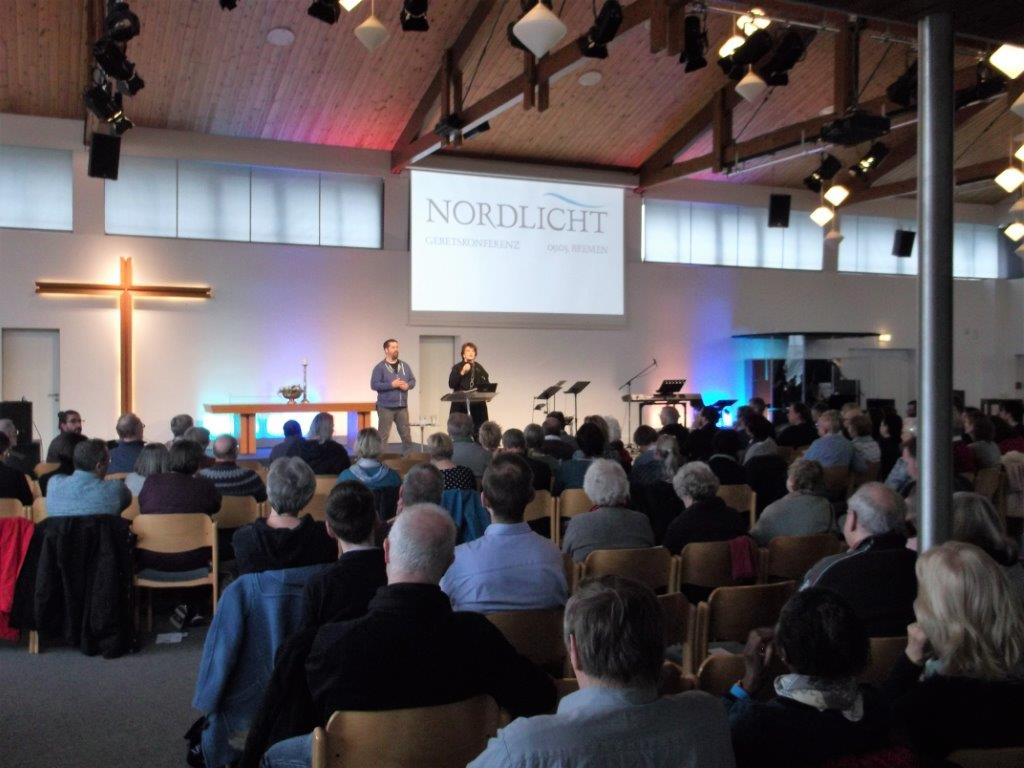 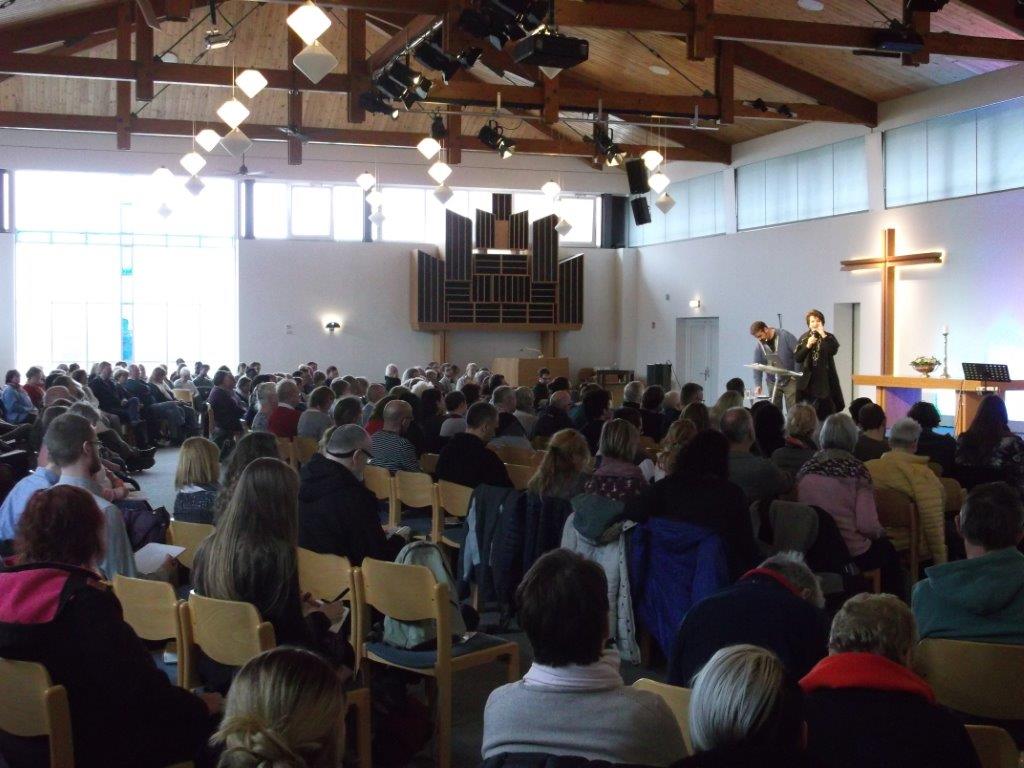 It was very encouraging to hear this message and to hear testimonies of what happened in Manokwari, a city in Indonesia. Suzette shared about how they started with the prayer there, how it increased and the results they now see in the city. They started with 8 pastors; now there are 74 pastors that come together in unity! Can you imagine that they heard from the police that the crime rate in this city has dropped massively? Today this city is the second fastest growing city in revival.

They see revival; they see how whole villages turn to God; they see how men who cannot read or write are used by God to even raise people from the dead. They see how witch doctors get saved and bring their disciples so that they also get saved. Yes, this is happening in Indonesia but it is the same God here in Germany, in Bremen; the same Holy Spirit as He is in Papua, Indonesia!

Suzette prophesied over Bremen: “Don’t try to box God in; don’t tell God how a revival has to look like. It does not have to look like revival in Africa or in Manokwari or like the revival in the Hebrides. God says: I will do something new! – and if we have seen it already, it is not something new.”

In the afternoon we had a practical lesson about prayer and it seemed everybody left the place refreshed and strengthened in the Lord. Thank you Jesus!