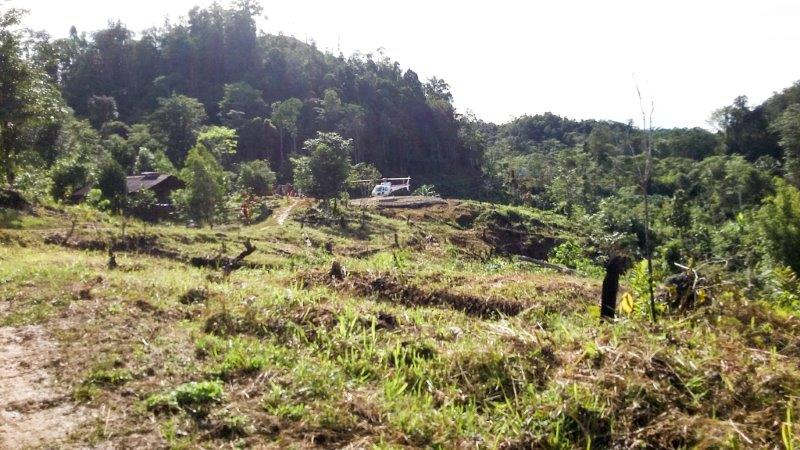 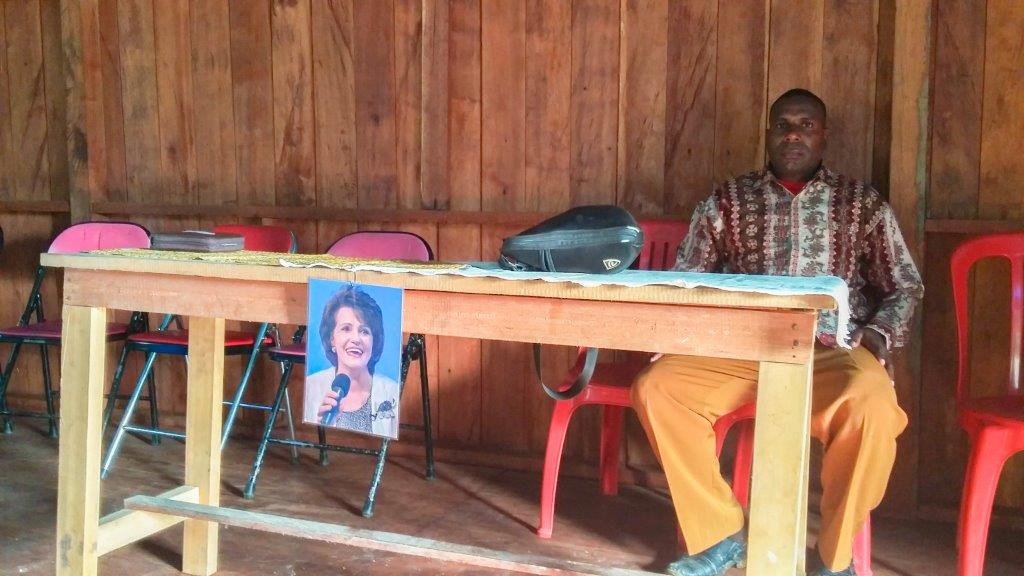 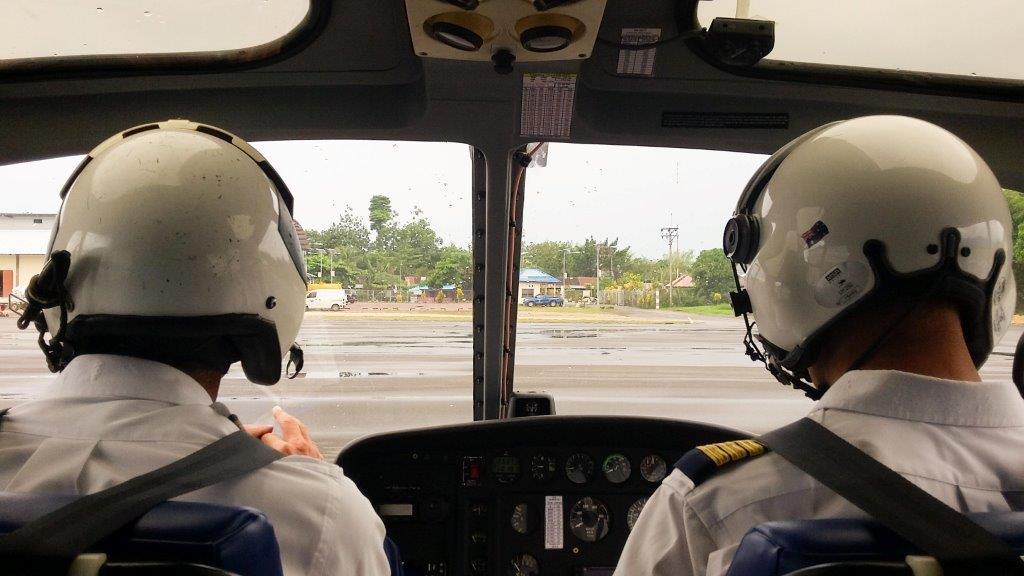 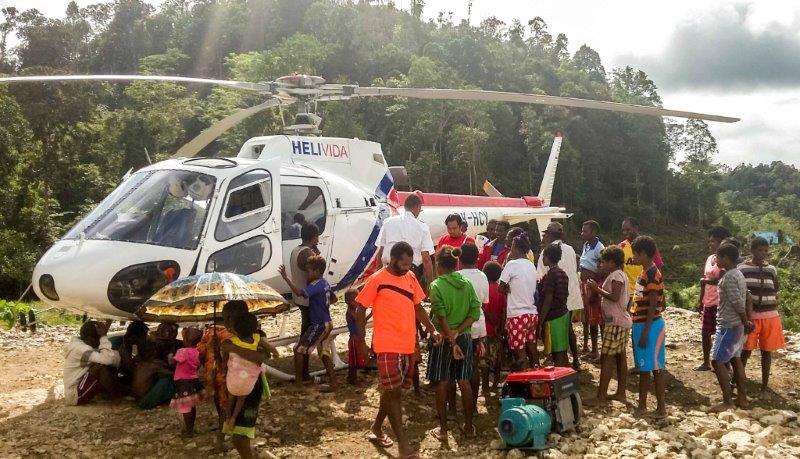 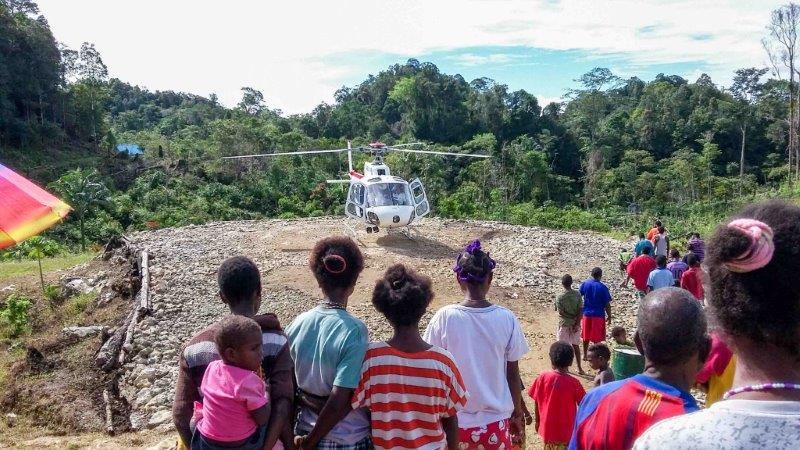 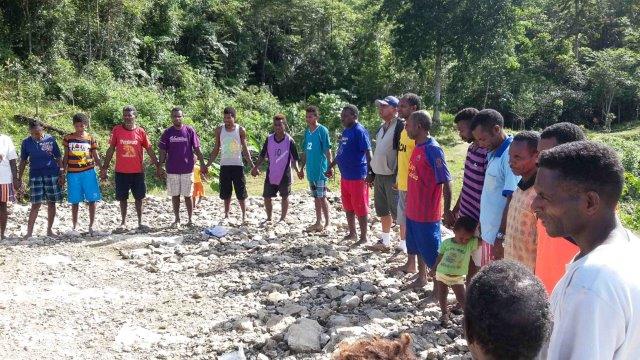 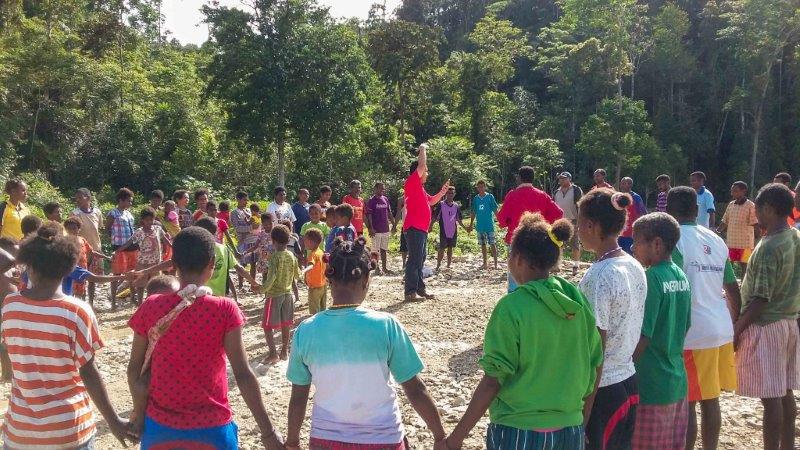 On 5th – 7th September 2016, our team consisting of three people from ‘Love Papua’ went by helicopter to Moskona to prepare for the outreach and seminar that will be led by Mom Suzette. We visited six different areas of Moskona in two days, meeting with pastors, church leaders, tribal chiefs, governmental employees and the tribal people.

Thirty-nine years ago (1977) the Gospel was brought to this remote place called Mayefeb of Moskona in the ‘Bird’s Head of West Papua’. Now it is a part of Bintuni Regency of West Papua. Before 1977, the people of Moskona lived in tree-houses.

The people of Mayefeb have been faithfully waiting for the helicopter for one year. By faith they prepared the helipad (landing pad). Although many of their neighbours from other villages laughed at them, they continued to make that helipad by cutting the stones to make them flat. They used big hammers to hit the rocks and used the stones for the helipad.

Finally, Mom Suzette asked me to contact the man who attended our training at the Love Papua Centre (LPC) in June 2014 and then went back to pass on the fire he got at LPC. I told him that we now had a helicopter and were ready to go to Moskona. He was really excited and informed his people.

By God’s grace, on 5th September the long dream of the people of Moskona was fulfilled when we arrived there. They said, “Although we had not seen the helicopter yet, we continued to pray every Saturday at 4.30 AM in the morning at the helipad to ask for the helicopter and for revival in our land. We believed that God would send Mom Suzette to our place no matter what.”

Now they can really say that God is faithful and has answered their prayers. They could see the helicopter with their own eyes; they could touch it; they could touch the pilots and the team from Mom Suzette and they could sit and eat together with us. “Nothing is impossible with God!” they confidently said before we left them. They are looking forward to seeing Mom Suzette and hearing the Word of God. Let’s keep praying for transformation and breakthrough for Moskona.