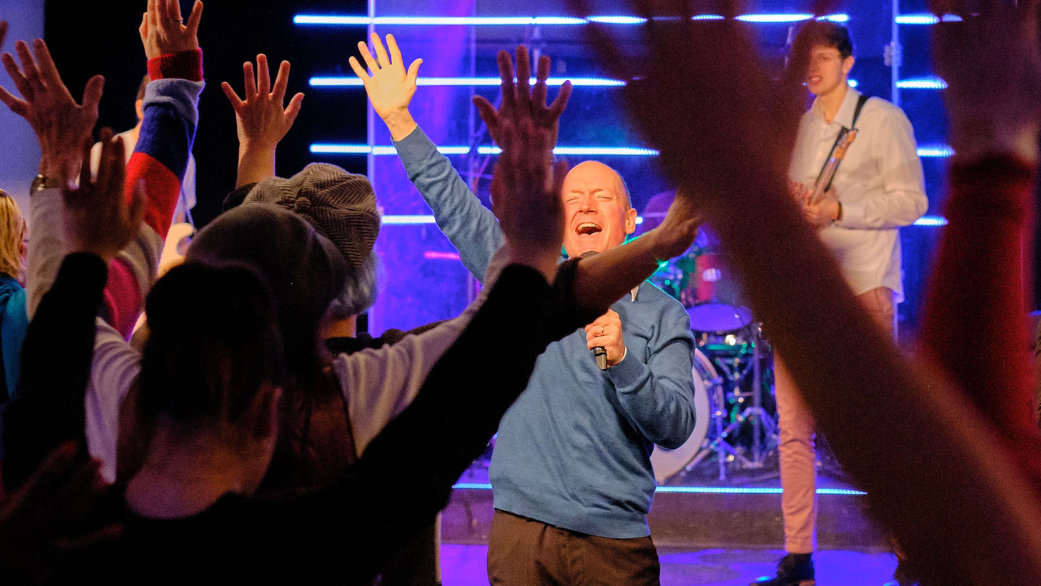 On the 26th of June Gayle ministered at the Kingdom Life Church in Frankfurt and preached on a well-known topic, but in a way that has never before been heard.

Gayle spoke about the father and the two sons from Matthew 21: 28-32 and asked an interesting question – “Is There Still A Vacancy In The Vineyard?”

We often pray for the Lord to send more workers for the harvest, but what about me and you? The one son made no empty promises and told the father straight up that he would not go. Yet, after a while he repented and did go work in the vineyard. The other son promised his father to work in the vineyard, but he never went. He wanted the father to believe that he would labour, but had no intention of labouring. Sadly, our churches are full of people who “talk the talk,” by they do not “walk the walk…”

Whether there is a job for you in the vineyard is not the question. The question is whether you are prepared to go do what God has called you to do. You don´t need a new word or a new direction – you simply need to do what God has already spoken to you. The harvest is ready and everything we don´t bring in today will be wasted tomorrow.

This message was not an easy one to digest and when Gayle invited people for prayer, a mere few came forward initially. However, we saw how the Holy Spirit was ministering in our midst and at the end of the service many were bowing down in repentance and calling unto the Lord.

Wow! What a service and what a powerful message!

The whole sermon is available to listen by clicking on the link below: