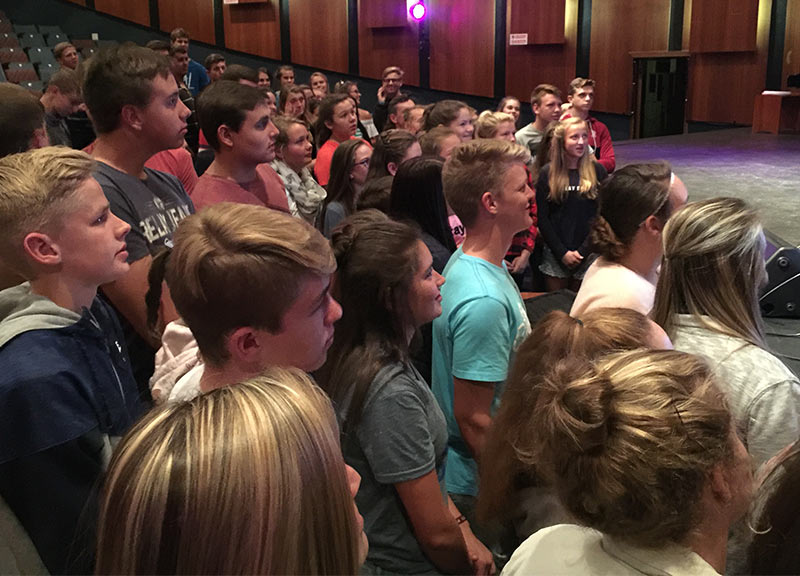 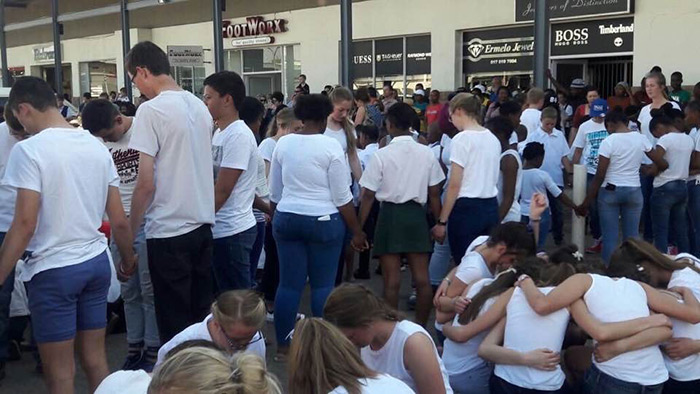 “You are the generation that has to change the world because you are the next generation.God has a specific call and destiny on your life even if you don’t think so.”

Gayle ministered at a youth event held at a High School in Ermelo, a lovely eastern Highveld town in Mpumalanga – the province called ‘the place of the rising sun’.

Ermelo and specially the kids were well prepared for this evening with Gayle. More than 100 students arrived at the school venue and we could feel the anticipation. They had prayed and come together to worship for weeks beforehand, preparing their hearts and the spiritual ground for this evening.

‘There’s an app for that’ was Gayle’s theme for this evening. ‘Forgiveness: the app to your freedom.’

Before the service, Gayle requested that each person take some stones from the pile of stones that was handed out at the entrance to the auditorium.

She ministered on the importance of forgiveness and the dangers of harbouring unforgiveness in your heart. The stones represent the unforgiveness we choose to carry around with us and how we are weighed down by unforgiveness.

Gayle gave the students an opportunity to forgive and to release the unforgiveness and bitterness they had been harbouring in their hearts by throwing the stones into the buckets provided.

Everybody’s eyes were closed as she gave time to respond to the message. Then we could hear the auditorium’s chairs lift one by one and the holy hush of little pebbles falling in the buckets – one by one, like a shower of rain coming down. The presence of Holy Spirit was so tangible in the place. Giving up the pain and childhood hurt took courage but most of the students responded.

The night ended with a celebration of worship and shouts to the King of Kings and Lord of Lords.

Testimonies from two young girls that attended the Youth Gathering:

“Dear Auntie, last night I have decided to forgive my dad … I feel like a new person today! I could look my dad straight in the eyes this morning. I will work on it every day but when I walked up to the bucket to throw MY stone in I decided I will throw my anger into the bucket and forgive my dad. Thank you, auntie, that One Voice cares for kids and that you invited auntie Gayle. I told all my friends at school that they have to forgive to be free.”

A young girl that came to the meeting with a broken heart wrote: “I had just experienced my first deep disappointment in a boy that asked me to be his girlfriend. Sad to say it only lasted 3 weeks and the reason he gave me was a real shocker to me … ‘I know you are loved by all the kids and teachers and I am not, so I thought if I make you my girlfriend that will help me to build my own image at school …’ Oh, I was devastated the evening of the youth gathering BUT GOD came through for me. I forgave, as I threw the stone in the bucket I released all the disappointment and anger and I AM FREE AGAIN! Thank you for caring for the kids in Ermelo.”