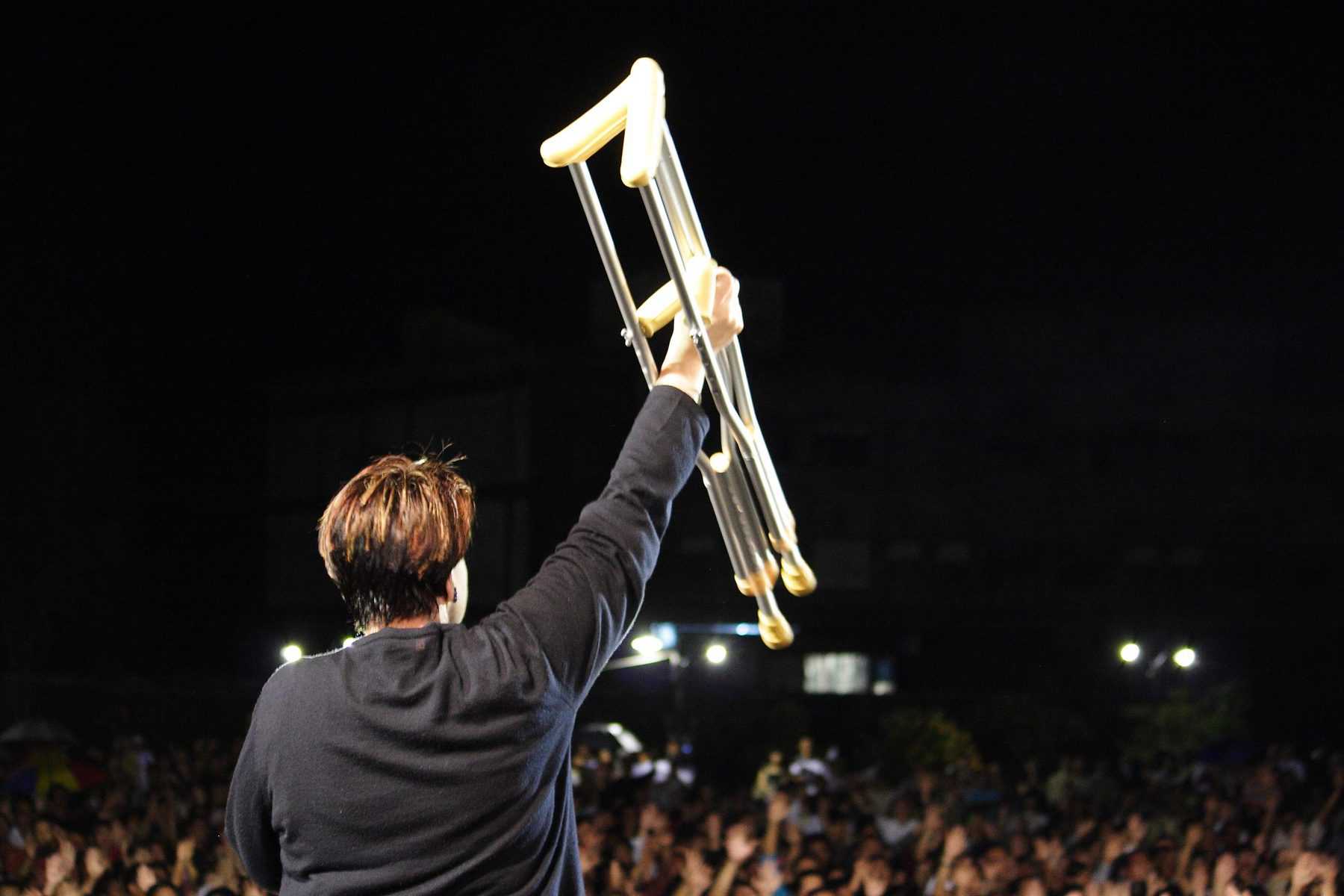 In 1966, when she was ten years old, Rev. Dr. Suzette Hattingh’s father was faced with quite a predicament. Standing in the courtyard of a local hospital in Standerton in South Africa, he desperately cried out to the Lord for wisdom when the “Wisdom from above” heard his cry and his obedience led to the first miraculous healing Suzette would witness in her life.

The reason for this outcry? A horrible accident in which Suzette’s arm got caught in a combine-harvester and virtually smashed to a pulp. She was accompanying her “daddy” while he was steering the tractor, harvesting maize crops. They stopped for a cup of coffee and Suzette, a farm girl through and through, wanted to pick up a cob of corn off the ground when the wind lifted her dress and it got caught in the machine. Suzette fell with her right arm onto the pulley and a grease bolt grinded away the flesh of her under-arm. “My arm was basically minced meat,” Suzette recalls as she tells the story. “I had very long hair and it is a miracle that my hair didn’t get caught in that pulley as it would have surely broken my neck. I fell with my feet first into the machine. The blades cut the rubber of my shoes’ soles but not my feet.”

Suzette’s father rushed her to the hospital but when doctors saw the condition of her arm, they realised amputation was unavoidable. At that time, there were no physicians able to do such a big operation in Standerton Hospital and a specialist had to be called in from Johannesburg. Having to sign a consent form for the operation, Suzette’s father, anguished and perplexed, walked out of the room and this is when he found himself in the courtyard, seeking wisdom from God. In desperation he cried out: “God! They are going to amputate my little girl’s arm!” “That is when he heard a Voice speak to him,” says Suzette. “I regret never asking him if it was an audible voice or just an inkling in his spirit, but it clearly said: ‘Don’t allow it!’”

Pale with stress yet assured in his spirit, Suzette’s father went back into the hospital room and told the doctors that he does not give consent for amputation. The doctors were furious and thought him to be very irresponsible. One doctor made it clear that Suzette will not live through the night as she was in a state of “third-degree shock.” So, her father left the room for a second time to pray, confused about what to do. He came back adamantly and said: “I just cannot sign this consent form” because he heard the same Voice speak to him a second time.

Understandably, the doctor made Suzette’s father sign an indemnity form, stating that he takes “full responsibility” for his decision. Attempting to do “something” for Suzette and make her more comfortable, the doctors put her on a intravenous drip. “Up until that point,” Suzette tells, “I did not cry due to shock, but when my parents were about to leave the hospital so they could return to their responsibilities on the farm, and to inform the rest of the family, I started screaming absolutely hysterically: “Daddy, don’t leave me here, don’t leave me here!” The doctors and hospital staff came rushing back to see what the commotion was about and, already annoyed with her father, said to him: “Mr. Hattingh, take this child home and let her die in her own bed! That’s the least you can do for her.”

“So, my daddy picked me up and took me home,” says Suzette. That night, the family (she is the youngest of nine children), came and sat around her bed, waiting for her to die. “Well, that never happened,” laughs Suzette. “I am very much alive and still around to tell the story!”

The next morning her father called the doctors to inform them that Suzette was still alive. “Impossible!” the doctor said to which Suzette’s father assured him it was true and asked what he was to do next. The amazed doctor admitted Suzette back into the hospital and only then did they treat her with antibiotics and cleaned the wound properly.

Suzette’s armed healed nicely but with a percentage of paralysis, thus she did not have full function of the limb. All through high school and nursing school, Suzette adjusted to her slight handicap with the rest of her body compensating.

At the end of her nursing training, Suzette experienced God in a magnificent way and got born again. As she was rather religious, her faith developed from “religion into relationship” through several experiences where Suzette was present and watched what happened to some of her patients as they died. “On the death bed the truth always comes out!” Suzette says. “Through their experiences I saw that there was life after death.”

One day Suzette received a call from one of the nurses who previously worked in the ward. This nurse asked if Suzette was available to see her and when Suzette said “yes”, the nurse and her father drove from another city to meet Suzette. During this visit, she told Suzette that she had a dream about her and testified about miracles, signs and wonders – things Suzette has never heard of before. “Her father asked if he could pray for my arm, but I was so sensitive about it and said ‘No, leave my arm alone!’” recalls Suzette. Her background with religion was extremely traditional and their request made her feel uncomfortable. However, the nurse asked again: “Please, Sister Hattingh, can we pray for your arm? What have you got to lose?”  Suzette thought for a minute and, being very practical, she realised she had absolutely nothing to lose. So, she agreed. “They touched my arm ever so lightly and prayed an extremely simple prayer for healing. When they started praying it felt like someone was pouring hot oil over my arm. ‘What are you doing my arm?’ I asked and pulled away but at that moment, I realised the function of my hand was perfectly restored.”

They touched my arm ever so lightly and prayed an extremely simple prayer for healing. When they started praying it felt like someone was pouring hot oil over my arm. ‘What are you doing my arm?’ I asked and pulled away but at that moment, I realised the function of my hand was perfectly restored.

Today, Suzette has complete motion in her arm and experiences no after-effects of the horrible accident that happened so many years ago. While on duty as a nurse in the emergency ward once, a boy who had a similar accident with a combine-harvester, was brought into the hospital. When Suzette saw the wound, (although an experienced trauma nurse) she turned completely pale and lost consciousness. “They call it ‘delayed trauma,’” she explains.  “When she recovered, the doctor on call was rather surprised as this was most unusual and wondered why this particular case triggered her to react the way she did. “I told him that the same thing happened to me when I was ten years old.” Then, a wonderful thing happened. The doctor who Suzette was now working with, started telling the story about a girl who he once treated for the same type of wound and how furious he was with her father for refusing amputation. He went on to admit that, as a doctor, he made a mistake because, miraculously, the girl lived, and her arm was saved. Realising this was the same doctor who treated her so many years ago, Suzette uncovered the scar on her right arm and showed it to the doctor, conveying to him that the girl he was talking about indeed survived and that she was standing right in front of him…