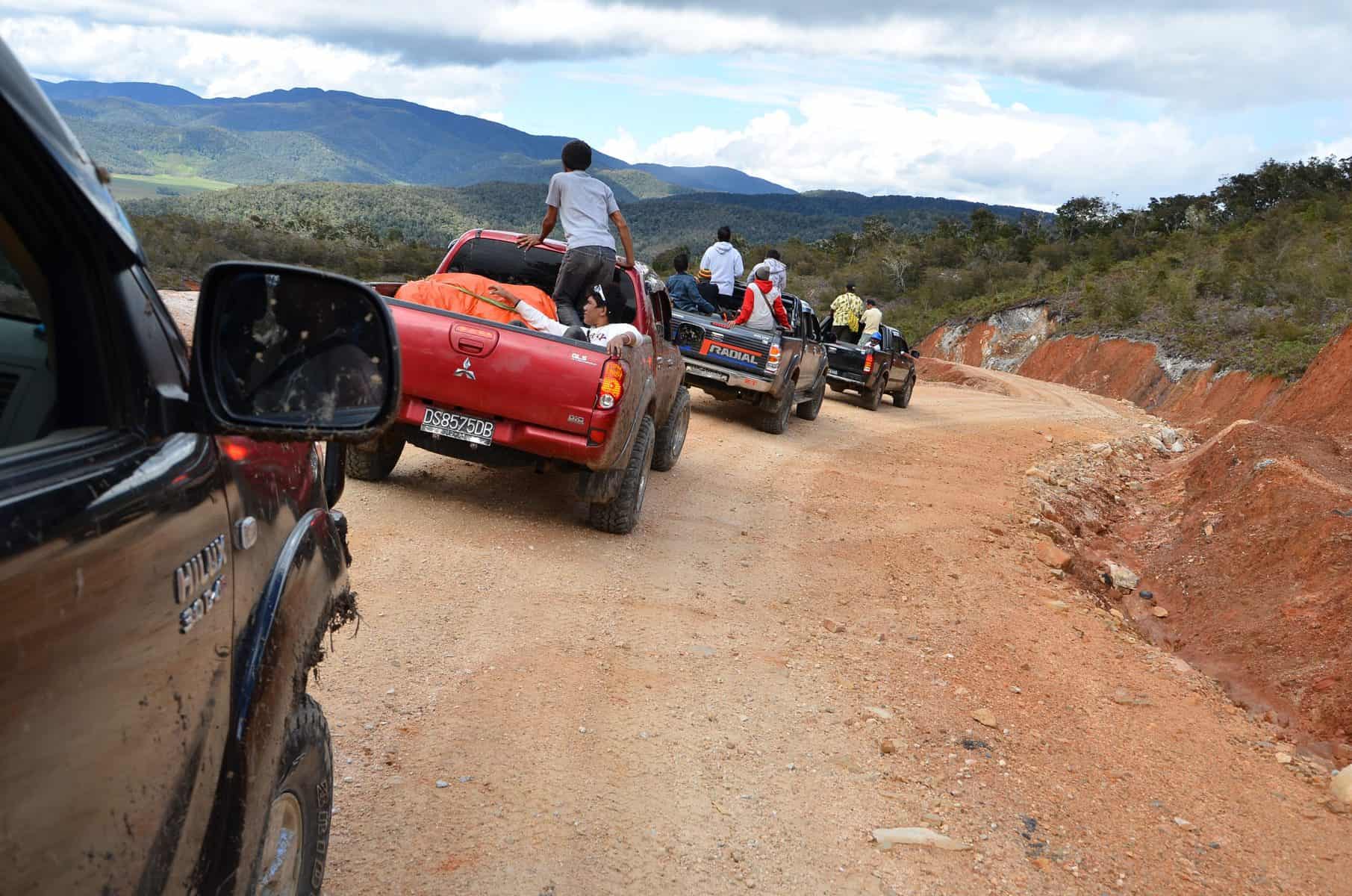 Rev. Dr. Suzette Hattingh has been actively involved in ministry work in Indonesia since 1993 through evangelistic outreaches with Christ for all Nations. However, with the launching of Voice in the City in 1997, she increased her interest and focus on Indonesia. Not only was 1997 the year she had her first evangelistic outreach in Papua, but it was the first time in the history of Papua, Indonesia, that there was a live broadcast of such an event over their local radio station – in hindsight the timing was perfect!

With approximately 100 000 people present at this evangelistic outreach, the stage was set for great things! Imagine the challenge when suddenly, there was a power cut which left the entire stadium bathed in darkness. Knowing that a stadium’s lighting system must cool down completely before it can be switched on again, Suzette knew that it would take a while before the activities could continue as planned. Wondering what to do, she realised the local radio broadcast was still live due to their generator, so she requested a megaphone and started singing the Hallelujah Chorus at the top of her lungs. With many people present with radios in their hands and cars, the crowd caught on to the worship and joined in as the stadium, covered in darkness, erupted in worship! After a while, the electricity came back on and the stadium lighting system could be activated. The evangelistic outreach could continue, and the situation caused for a wondrous worship session to forego the sermon.

The next day, much to the amusement of Suzette and her team, the headline in the local newspaper read: “German Evangelist hypnotises 100 000 people with the Hallelujah Chorus!”

The call to Papua

This encounter with the amazing people from Papua, had a major impact on Suzette and left her with a deep burden for this nation. It was only in 2010 when Suzette was able to return to Papua – a vision she has faithfully carried in prayer for thirteen years.

I always loved Indonesia but never realised that love can be so much deeper and so intensely passionate until that moment. It was like God opened my heart and poured His love for Papua into it like hot lava.

While standing on the balcony of her hotel room in Jayapura Papua, awaiting to be taken to the morning seminar of that specific outreach in 2010, Suzette noticed a glistening on the water and remember thinking how beautiful it was. She went inside her room and stepped out a few minutes later, noticing the glistening in the exact same spot but this time realising that the sun was behind the clouds, thus unable to create the reflection on the water. At once the reflection changed to form the map of Papua which eventually became like a river flowing into Indonesia and the nations. Only then, Suzette realised that God was giving her an open vision and clear understanding of His plan and purposes for Papua, Indonesia.

“I always loved Indonesia but never realised that love can be so much deeper and so intensely passionate until that moment,” says Suzette.“It was like God opened my heart and poured His love for Papua into it like hot lava. I wept like a baby! And then God asked me a question, ‘Will you come and love these people?’”

Suzette could have never thought this God-given love for Papua would take her through rivers in four-wheel drives, over mountains in helicopters and onto very dangerous roads into what they call “the ends of the earth.” It has been an exhilarating, adventurous journey that, at the same time, demanded a lot of Suzette and her ministry but it has been supernaturally fruitful with thousands of people finding Christ or recommitting their lives to God due to a yielded “yes, Lord, I will love them!”