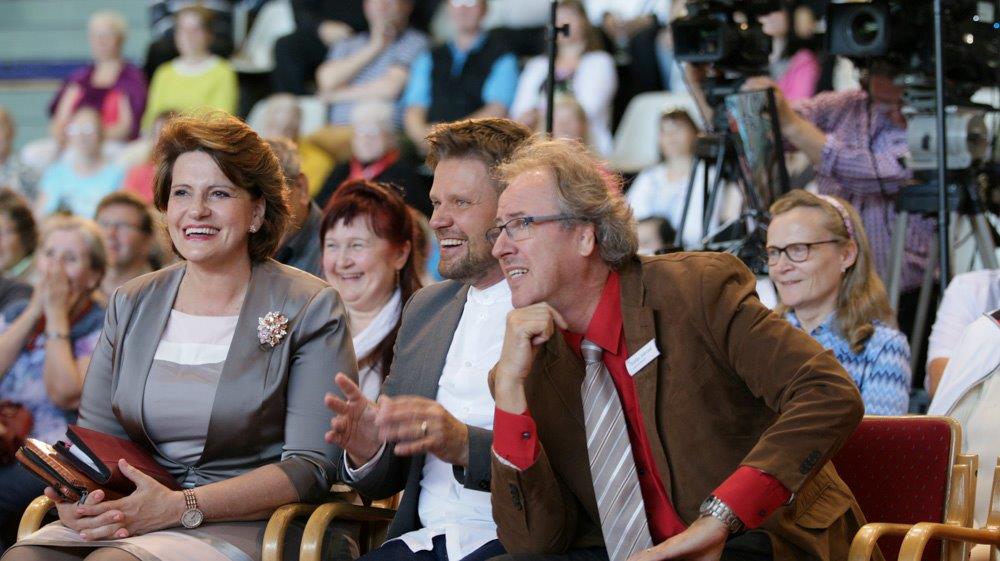 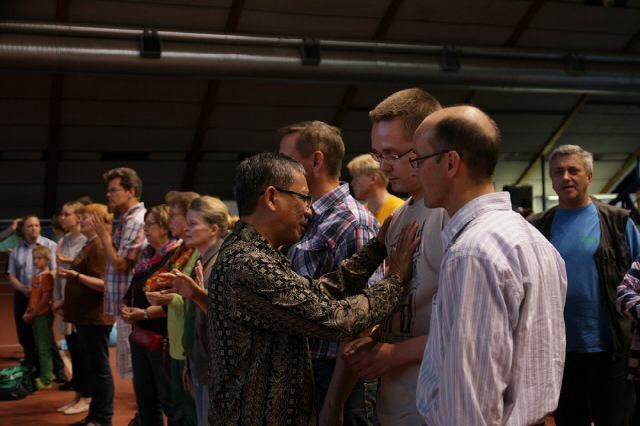 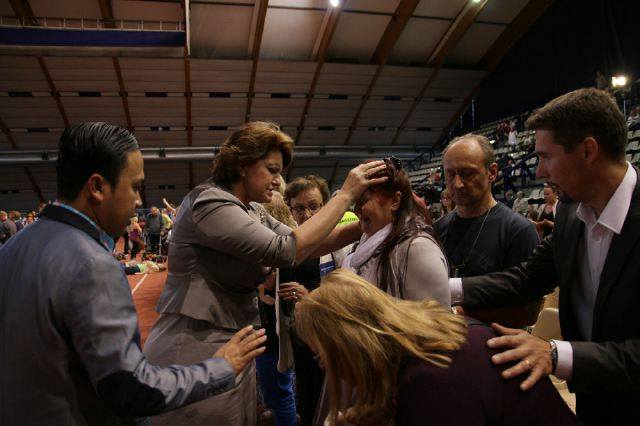 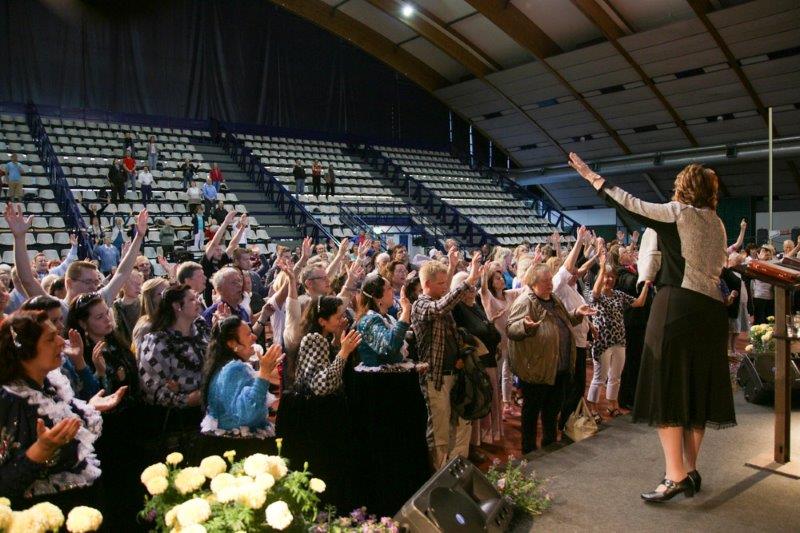 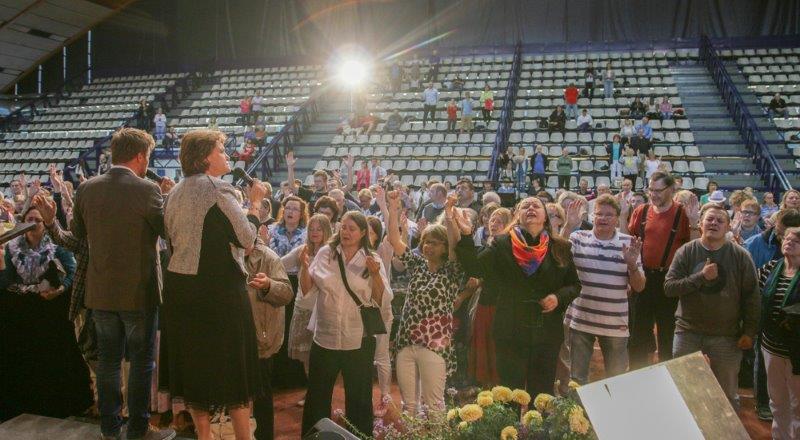 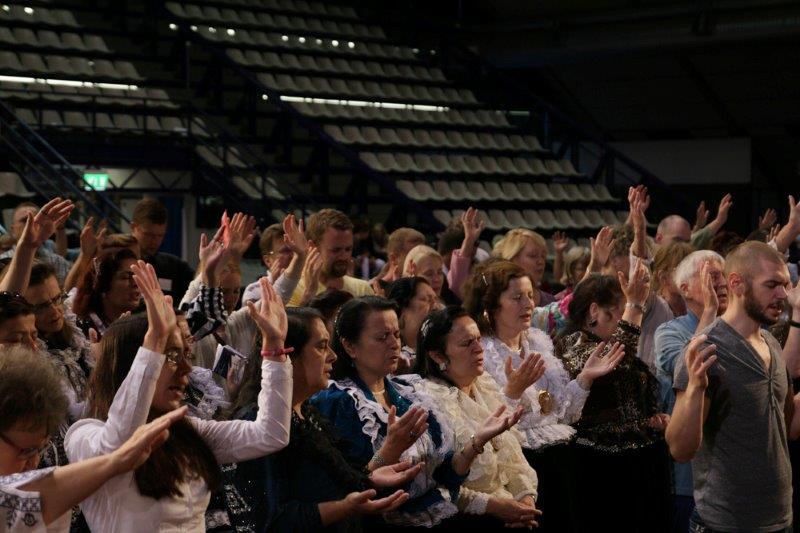 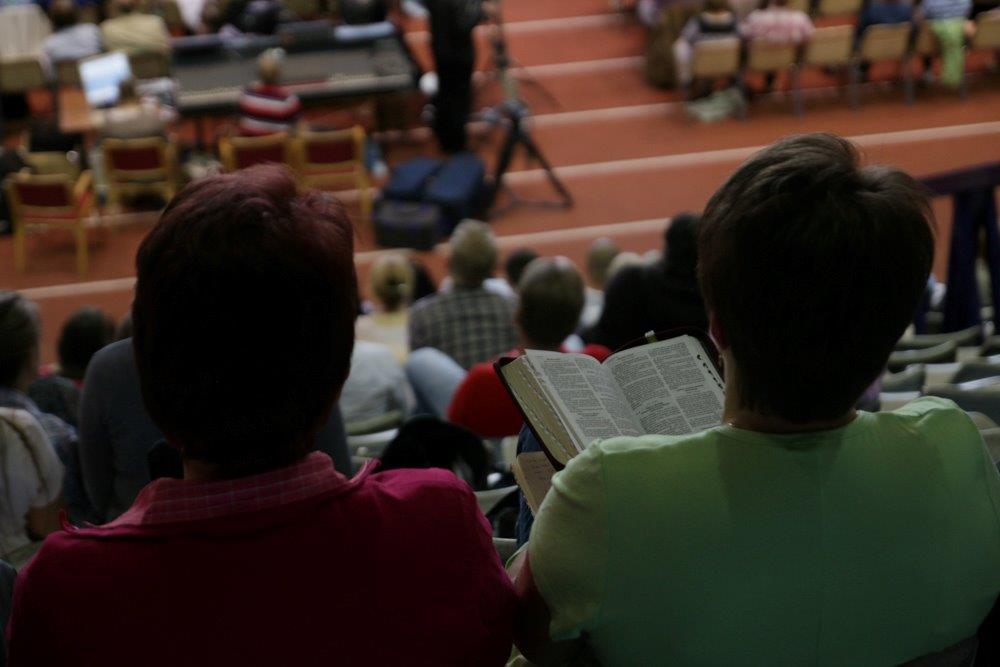 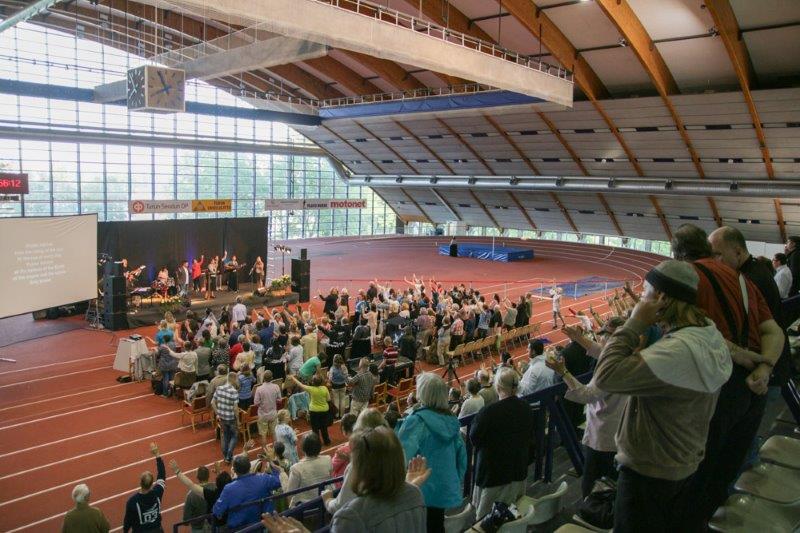 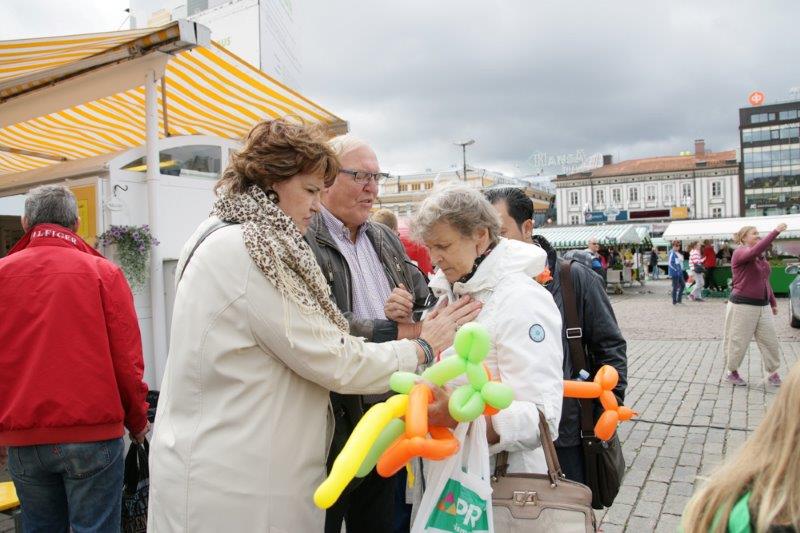 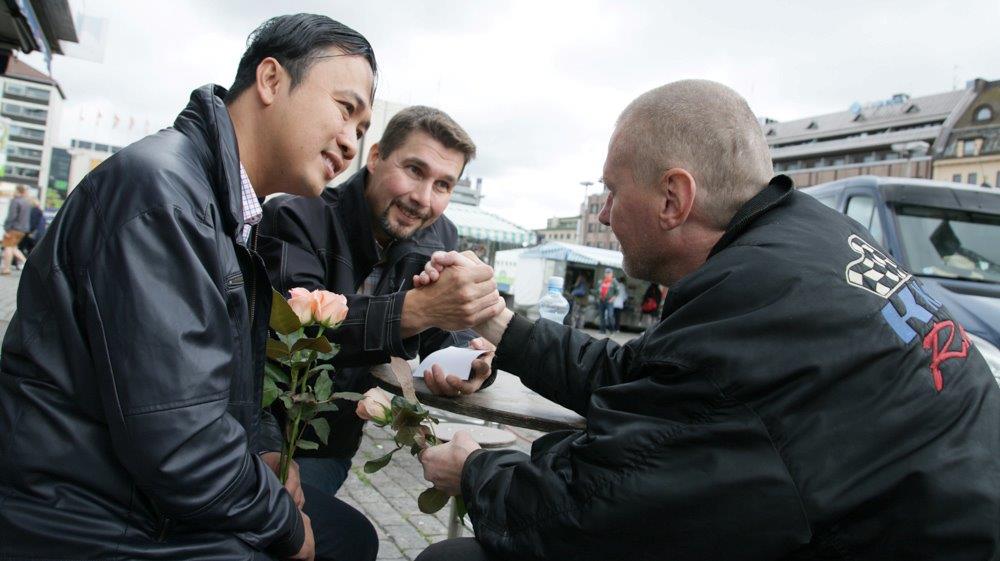 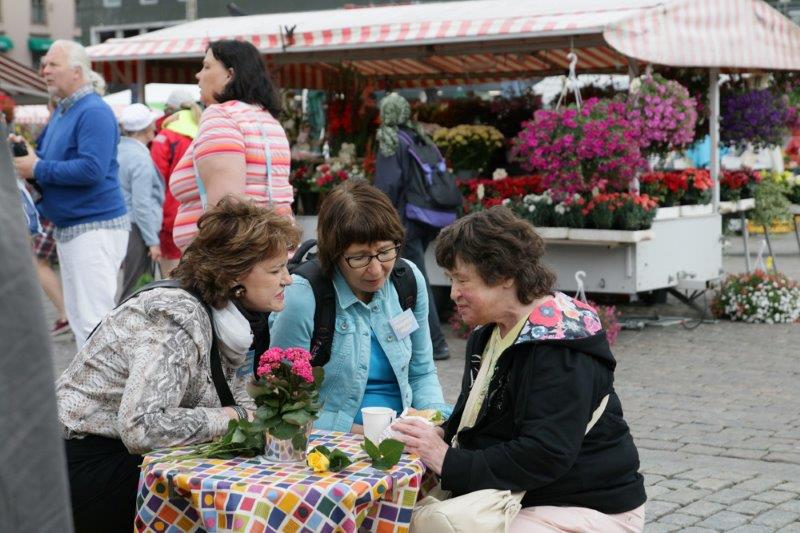 At first I could not help but wonder how the meetings would go during “summer holiday time” in Turku, Finland as most people go to their summer cottages. However, God had a plan with the 6th largest city in Finland.

Soon the conference “From Darkness to Light” was on the way and approximately 400-500 people attended each meeting in the sports hall. I had such a strong impression from the Lord; the first night – salvation, second night – healing and third night – deliverance and so it was! What a mighty harvest of souls on the first night, then we saw the flowing of miracles and the last night people touched deep to the core of their problems.

For these people in Turku it was their first time combining a conference, evangelistic meetings and an evangelistic outreach in the market at the same time.

At first some were not too sure how to do the outreach in the open local market place but by the second day they were excited, being bold and speaking to many people about Jesus. 20 people gave their lives to Jesus during the 2 hours daily period that we were out on the streets.

Using our normal hallmark of roses for outreach, it was soon clear to people what an excellent tool they can be and they were used freely together with preaching and a clown that got everyone’s attention. The street work outreach had tremendous impact!

A lady stood a distance from me and my interpreter as we prayed for someone in the market place. I could see that she wanted to talk to me, so I called her. She had no idea who I was but had such a desperate need as she was contemplating taking her own life, struggling with depression and feeling God had deserted her. Oh, she was more than ready to pray the prayer of salvation. Her entire countenance changed, she had such joy at the end and then she told us it was also her physical birthday that day. As my interpreter called her to keep contact the next day, she said, “I did not do so well these last weeks but now I have hope again”.